Naomi Campbell is a model, actress, and businesswoman from the United Kingdom. She was discovered at the age of 15 and quickly established herself as one of the most recognizable and in-demand models of the late 1980s, 1990s, and early 2000s, including today. 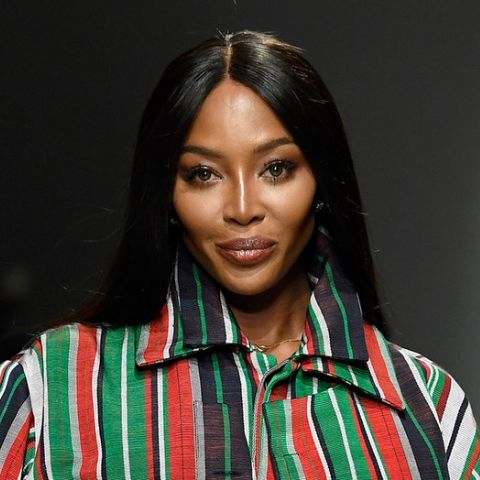 Naomi Campbell’s Net Worth as of 2021

Naomi Campbell is a wealthy British model and actress with an estimated net worth of $80 million. She was discovered when she was 15-years-old and eventually becoming one of the most successful and well-paid supermodels of all time.

Cambell was known to have dated Vladislav Doronin, who built her a lavish £109 million futuristic mansion in Moscow, which she later sold for £78 million. He also gave Naomi a 25-bedroom vacation home on Turkey’s Cleopatra Island as a birthday gift; the house is called “Eco-House Horus” because it is a sustainable structure shaped like the Egyptian Eye of Horus. Naomi paid $4 million for the Manhattan duplex and sold it the following year for $4.5 million in 2006.

At the age of seven, Naomi Campbell appeared in Bob Marley‘s “Is This Love” music video, and at the age of twelve, she tap-danced in Culture Club‘s “I’ll Tumble 4 Ya” video. She was discovered by Beth Boldt, head of the Synchro Model Agency, while window-shopping in Covent Garden at the age of 15 and graced the cover of British “Elle” before she turned 16.

The stunning actress has appeared in several films and television shows, including “Zoolander,” “Girl 6,” “I Feel Pretty,” “American Horror Story: Hotel,” and “Empire,” as well as serving as a supermodel mentor and executive producer for the reality television series “The Face US,” “The Face UK,” and “The Face Australia.” Naomi has appeared in music videos for George Michael, Aretha Franklin, Michael Jackson, and Madonna, and in the spring of 2020, she launched a YouTube web series called “No Filter with Naomi.”

In 1994, Campbell published “Swan” and released “Baby Woman,” an album that was successful in Japan but failed to chart in the United Kingdom. In 1996, she published “Naomi,” and in 2016, she published “Naomi Campbell.” She collaborated with Cosmopolitan Cosmetics in 1999, releasing 25 fragrances for women, and in 2019, she landed her first beauty campaign, appearing in NARS Cosmetics advertisements.

Elite Model Management fired Campbell in 1993 due to her abusive behavior toward their clients and staff. Between 1998 and 2009, she was accused of assault 11 times and convicted four times: in 2000 for hitting her assistant with a mobile phone, in 2007 for assaulting her former housekeeper, in 2008 for kicking and spitting on two police officers at Heathrow Airport, and in 2015 for assaulting a paparazzi photographer.

The 50-year-old received no jail time for any of these incidents; instead, she was required to pay fines and medical fees, attend anger management classes, and perform community service. Campbell was barred from flying for the rest of his life as a result of the 2008 assault.

Naomi Campbell has had high-profile relationships with actors Robert DeNiro and Mike Tyson and Russian billionaire Vladislav Doronin. From 1998 to 2003, Campbell was engaged to Flavio Briatore, the head of Formula One racing. She allegedly began dating Egyptian millionaire Louis C. Camilleri in 2017.

The stunning model got engaged to U2 bassist Adam Clayton in 1993. In February of that year, they met after Clayton, when asked in an interview if there was anything he wished he had but didn’t, replied, “A date with Naomi Campbell.” The following year, Campbell and Clayton divorced. She had her first baby at the age of 50, which she announced on Instagram with a caption, “A beautiful little blessing has chosen me to be her mother.”

Naomi Campbell was born Naomi Elaine Campbell in Streatham, South London, on May 22, 1970. Valerie Morris, Naomi’s mother, was a Jamaican dancer, and Naomi has never met her father, who abandoned Valerie while she was pregnant. After her mother remarried, Naomi adopted her stepfather’s surname, and Valerie gave birth to Naomi’s half-brother, Pierre, in 1985.

The actress’s ancestors are Afro-Jamaican and Chinese-Jamaican, respectively, through her mother and paternal grandmother. Campbell spent part of her childhood in Rome, where her mother worked as a dancer, but she attended the Barbara Speake Stage School and the Italia Conti Academy of Theatre Arts in London.