Salma Hayek, who was born on September 2, 1966, is a well-known Mexican American actress, director, and producer. She has been enormously effective in establishing her reputation, fame, and popularity, amassing a vast following across all of her social media channels. 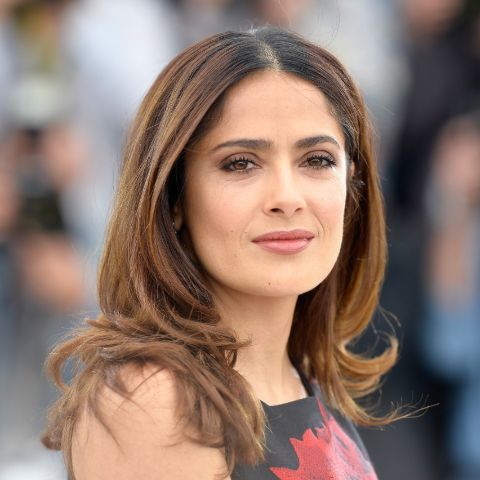 Salma Hayek, a Mexican-born actress has an estimated net worth of $200 million. However, it should be remembered that she has been married to one of the world’s wealthiest men, Francois Henri Pinault, since 2009. Salma’s share of community property and potential support would significantly boost her fortune if they divorced.

The actress has spent a significant amount of time advocating for the abolition of violence against women. She testified in favor of reauthorizing the Violence Against Women Act before the United States Senate Committee on the Judiciary in July 2005. In February 2006, Hayek gave $25,000 to a battered women’s shelter in Coatzacoalcos, Mexico, and $50,000 to anti-domestic violence organizations in Monterrey, Mexico.

Salma Hayek began her acting career in Mexico in 1989, playing the title role of Teresa. She was 23 years old when she first appeared in this Mexican Telenovela that catapulted her to fame in Mexico. Salma appeared in a film called ‘Miracle Alley‘ in 1994, which was undoubtedly her most heartfelt performance. Furthermore, as opposed to other films in Mexican cinema, this film has earned the most awards.

For her success in this film, the stunning actress was also nominated for an Ariel Award. After moving to Los Angeles in 1991, she was spotted by producer Elizabeth Avellan, who cast Hayek in the 1995 film ‘Desperado.’ She also starred in the 1999 film ‘Wild Wild West‘ alongside Will Smith. In the same year, Salma also appeared in the film ‘Dogma.’

In 2002, the actress/producer starred in ‘Frida,’ a biopic about a Mexican painter. The film earned six Academy Award nominations. Hayek also directed the 2003 film ‘The Maldonado Miracle,’ for which she won an Emmy Award for her outstanding direction.

Salma Hayek married French billionaire Francois Henri-Pinault, who is now worth $7 billion, in 2009. She and her husband have a four-year age gap. The lovely duo tied the knot on February 14, 2009, in a Paris town hall. Talking when they became a thing; the love birds began dating in 2006 and have been together ever since. On September 21, 2007, Hayek gave birth to her daughter Valentina Paloma Pinault.

Francois has been CEO since 2005, while his father, the company’s founder, remains the largest individual shareholder and is currently worth $14 billion. The Pinault family promised $113 million in 2019 to fund the restoration of the Notre Dame Cathedral in Paris, France, which was severely damaged by fire on April 15, 2019.

Salma Hayek is Sami Hayek Dominguez and Diana Jimenez Medina’s lovely daughter. One of today’s most well-known actresses grew up in Coatzacoalcos, Veracruz, Mexico. She was only 12-year-old when she enrolled in the Sacred Heart Academy in Grand Coteau, Louisiana.

The 54-year-old actress was born and raised in an affluent family with all the privileges. She was raised as a Catholic Christian, but in a 2014 interview, Salma mentioned that she is a spiritual person who does not practice any specific religion.

The talented actress studied International Relations at the Universidad Iberoamericana, where she attended. Hayek has also mentioned that she was diagnosed with dyslexia while in school. Salma Hayek had dyslexia since her adolescence when she was still in school.