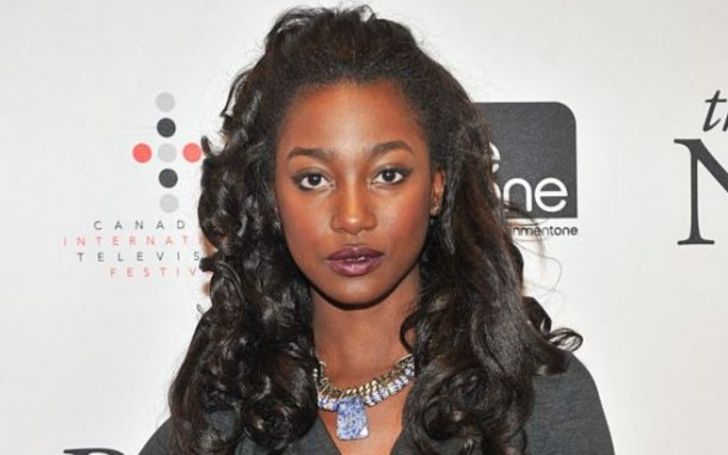 Mouna Traore is an upcoming star in Hollywood. She’s a Canadian actress and filmmaker who is doing quite well in the entertainment industry. In 2020, she starred in the Netflix series Self Made as Esther and The Umbrella Academy as Jill. Many viewers appreciated her work there, and after that, many began to search for her. Thus, for those people, we brought this article today.

As the award-winning Canadian actress and producer Mouna Traore began to make quite a noise, many are desperate to learn about her finances. How much she makes, and what’s her net worth? People want to know all of that; however, unfortunately, her actual fortune hides behind the curtain.

Although Traore hasn’t shared details on her income and finances, her career records are clear to the mass. And analyzing those data, reliable sites estimated her net worth revolves around $500 thousand as of 2020.

Yes, you read it right. The gorgeous Canadian holds a six-figure net worth, and credit goes to her blooming career as an actress and producer.

Mouna Traore began her journey in the film world at a young age. She first appeared on the screen back in 2009, where she played a supporting role named Essence in the drama Da Kink in My Hair.

Following that role, in the same year, she got to play the character, Serena Balfour in the TV show Majority Rules. She was part of nine episodes of that show.

In 2010, Traore showed up again, this time in the series called Cra$h & Burn as Ruby. Similarly, she worked on several other projects, including Rookie Blue (as Crystal Markes), Hemlock Grove (as Ali), In Contempt (as Vanessa Hastings), and The Umbrella Academy (as Jill).

Besides acting, Traore is active as a producer in the movie biz. She’s the co-founder of a production company, The Mini Films, through which she has written and produced two short films.

Who is Mouna Traore’s Boyfriend?

As of now, Mouna Traore is in a romantic relationship with her boyfriend, Luke Roberts. Those who follow the Canadian beauty on her Instagram might be familiar with this information.

The duo is open about their love-life and frequently shares pictures of them enjoying their time together on their social page.

According to Wiki Odin, the couple is together for a couple of years now. Traore and her lover Roberts share a strong bond and look cute together.

Regarding Mouna Traore’s education, she attended classes at the Young People’s Theatre. She later graduated from the Etobicoke School of the Arts and completed a Bachelor of Arts and Science at the University of Toronto.