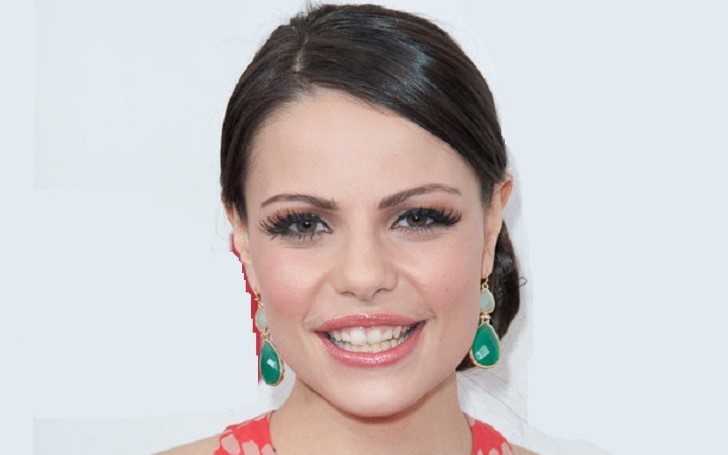 The Hollywood industry is always brimming with lots and lots of talented actors and actresses. One of them is the talented and gorgeous American actress Jordan Lane Price. She’s famous for her role as Celia Fitzgerald in The Online Network soap opera drama series All My Children. She also recently appeared with a cameo role in the American crime drama series Law & Order. Tune in to know the actress’s further details, all from her relationship details to her career and net worth.

What Is The Net Worth of Jordan Lane Price?

Money comes easy when you’re a recognized celebrity in the Hollywood industry. It indeed is the deal with actress/singer Jordan Lane Price. Although it’s been years since we’ve seen her in any movies or series, she seems to be taking time to pursue her musical career at the moment.

The exact details about the beautiful lady’s net worth are unavailable at the moment, considering her choice of privacy. However, sources estimate the amount to be somewhere around $500,000.

Jordan Lane Price is one of those talent houses who knew which field to pursue her career early in her life. She started her pursuit in the world of entertainment at the prime age of 8 years through musical theatre. Her early started her to start working in professional plays and theatre.

The 28-year-old got her shining moment in 2013 by playing the character of Celia Fitzgerald in the opera All My Children. Years of working in the theatre had already sharpened her skills, which might be the reason why critics well-received her role. In actuality, she was meant to play the role of Miranda Montgomery but was later switched to play Celia’s character.

You may also like: Actor Peter Krause, Net Worth Collection

Besides television, Price made her movie debut in 2010 with the role of Julie in Beware the Gonzo. It was followed by other movies like Double Fault, Gun, Ride, The Nymphets, 4th Man Out, Get Happy, and The Dirt, Dirty Sexy Saint.

Yes, you heard that right, Jordan Lane Price came to highlight back in 2013 when she was captured holding hands with her boyfriend, Macaulay Culkin, in the streets of Paris. According to sources, they seemed to have a lot in common and instantly attracted each other.

The Home Alone star and the soap actress relationship went smooth for four years before they parted ways in late 2016 due to undisclosed reasons. Before Culkin, Price was in a relationship with James Levy. Her recent relationship details are unavailable at the moment.