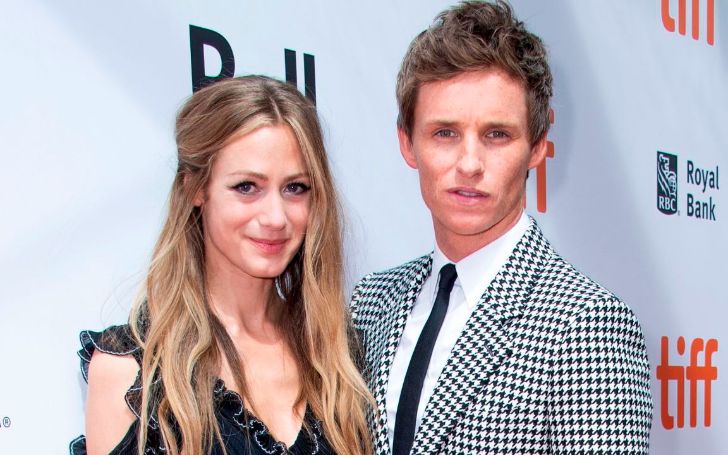 One of the topmost benefits of being associated with a celebrity is that you also end up getting talked about in the media. We’ve seen celebrity wives, kids, and family members gaining attention due to their famous relatives. Just like that, today we’re going to be talking about another gorgeous lady, Hannah Bagshaw, the wife of British showbiz personality Edward aka Eddie Redmayne. Join us in the read below to learn more about his wife, Hannah.

What Is The Net Worth of Hannah Bagshawe and Her Husband, Eddie Redmayne?

One would say that being the spouse of such a British actor like Eddie Redmayne, Hannah Bagshawe would be enjoying her husband’s net worth. But that’s definitely not the case as regardless of her husband’s popularity and wealth; the gorgeous blonde’s made her own career as a public relations executive.

Bagshawe’s worked in several reputed companies, which has made her enjoy her independent income over the years. Although she keeps most of her life private, she’s undoubtedly not someone to be intimidated by her husband’s popularity. It is also why there are no accurate data of her net worth in the media as of now.

As for her husband Eddie, according to Celebrity Net Worth, he enjoys a staggering net worth of $4 million as of 2020. He enjoys most of his income through his movie deals, series, brand endorsements, and sponsorship deals. Both of the couples are off-limits social media but still, they’ve got a huge fan following and fan accounts.

The story of how Hannah Bagshawe and Eddie Redmayne met dates back to their college times. While she was from the University of Edinburgh, her to-be husband was from Eton College. Even though they were from different universities, they happened to meet by chance when Eddie volunteered to walk in a fashion show organized by Hannah.

The brief time led them to build a steady friendship for over 12 years before they finally noticed the sparks around them. The Fantastic Beasts actor invited his then friend on a trip to Florence while he was shooting for his movie Les Miserables. They’ve been together ever since after they tied the knot two years later in December 2014.

The couples furthered their family by giving birth to their adorable daughter, Iris Redmayne, born in 2016, and a son Luke Redmayne born in 2018. The whole family currently resides in London.

Hannah Bagshawe was born to her British parents Nicholas and Caryl Bagshawe, in 1982. She did her early schooling from an all-girls boarding school and carried on with her Bachelor’s degree in English literature and French Language from the University of Edinburgh.

The 38-year-old has quite an impressive career background considering one of her first jobs after finishing college was with the Goldman Sachs investment banking company. After that, she worked with a series of companies like Societe Generale bank, Mergermarket Ltd, now called Acuris Company, and many more.

Stay tuned with us to learn more about your favorite celebrity, and make sure you follow Featured Biography.