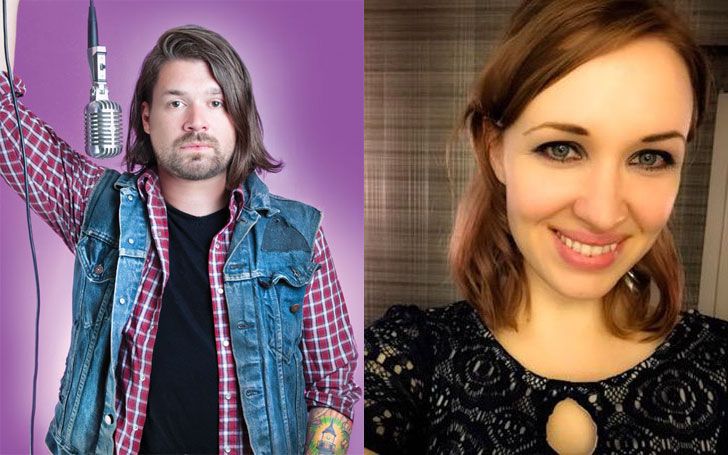 Misha Vaagen became popular in the mass after being noticed with Adam Burbank Lazzara, an American singer, songwriter, and musician. So, what kind of relationship do they share, and how is Vaagen connected to a celebrity; let’s learn everything the internet has on her in this article.

For those who wanted to know who Misha Vaagen is to Adam Lazzara, let us tell you she is his wife. Yes, they share a marital relationship. So, how, where, and when they began their love story?

The actual date when Vaagen and Lazzara first met is unknown. However, sources claim it all began back in 2008. The lovely duo first encountered while Vaagen used to work at a local bar.

Vaagen was a family friend of Lazzara’s ex-fiancée. It is said that after a month from breaking things with his wife-to-be, Lazzara began to date Vaagen.

The lovely couple Vaagen and Lazzara tied the knots in June 2008. Since then, they are together living a blissful life. Further, they also expanded their family welcoming three children into their life.

Vaagen first gave birth to her son, Keaton Ari Danger, in January 2009. After then, she with her beau welcomed their second child, daughter, Asa Joseph Danger, in October 2013. Similarly, they became parents to their third baby, Sylvie Wildflower Joy, in March 2018.

The Taking Back Sunday lead singer, Adam Lazzara, was previously engaged to someone else. He was about to marry Chauntelle Dupree. Back then, she was the guitarist of Eisley, a rock band. Further, she was reported to be a family friend of Vaagen.

The former duo crossed their path back in early 2006 while they were on tour. After knowing one another, they started their romantic relationship.

Vaagen’s husband started dating his ex and became engaged on February 14, 2007. And a year after that, in March 2008, they were to be married; however, things fell apart. Later on, it was announced by Dupree’s dad that his daughter and Lazzara had split and there will be no wedding.

If we talk about Misha Vaagen’s finances and career, there are few things to talk about. All media know is that she previously worked as a bartender. She did that before tying the knot with a celebrity. After her marriage to Lazzara, what kind of career path she pursued it’s unknown.

Because there is no official document to vouch for Vaagen’s earnings, her net worth can’t be estimated. However, the music world is updated with her spouse’s professional success. As the lead vocalist of the rock band Taking Back Sunday, her beau recorded seven albums until today.

Vaagen’s sweetheart, Lazzara, is speculated to hold an outstanding net worth of $2 million with successful career records, as Bio Wikis noted. And as a supporting wife who looks after their three kids, she does enjoy every penny from that millions worth fortune.