Christopher Bryan Harrison, aka Chris Harrison, is renowned for hosting ABC's The Bachelor show. Because of his massive influence on the mass, many are curious to learn about his life, net worth, career, and many other things related to him. So, here we are with every information there is on him on the Internet. Keep on reading to learn it all.

Chris Harrison‘s net worth is reported to be $16 million by Celebrity Net Worth. Given his reported 2020 Bachelor’s salary of $8 million per year, the figure makes sense.

Talking about the remaining amount on Harrison’s fortune, it must be generated through sponsorships and other business investments. In addition to his TV career, Harrison has written the 2016 novel The Perfect Letter, which adds to his worth.

Chris Harrison first hosted a show while he was still in high school at Lake Highlands. In the talent show, he served as the MC (Master of Ceremonies) and showcased his comedic abilities.

While attending Oklahoma City University, Harrison was approached by Chris Wyche, OCU’s associate athletic director, to do play-by-play for the University’s basketball games, which broadcasted on CBS affiliate KWTV Channel 9.

During that time, he also covered breaking news, such as the 1995 bombing of the Alfred P. Murrah Federal Building. He began working as an anchor for the horse racing network TVG near the end of the decade. This was followed by hosting stints on shows such as HGTV’s “Designers’ Challenge,” GSN’s “Mall Masters,” and TV Guide’s “Hollywood 411,” now rebranded as Pop.

In 2002, he appeared as a host in the ABC television musical series ‘Sabrina the Teenage Witch.’ He also landed the most important show of his career during the year, ‘The Bachelor.’

Harrison appeared in a variety of other shows in addition to the ABC dating and relationship series. He hosted the ‘Miss America’ pageant for several years (2011-2017) and co-hosted the ‘American Music Awards pre-show live on ABC (2008).

In 2018 and 2019, he received prestigious ‘Emmy’ nominations for Best Game Show Host for his work on the game show. When it comes to the Emmys, he has also hosted the ‘Emmys Red Carpet Live’ a couple of times.

Harrison has also appeared in television shows, films, and talk shows such as ‘Single Parents,’ ‘Hot in Cleveland,’ ‘Date Movie,’ ‘Celebrity Page,’ ‘Entertainment Tonight,’ ‘The Ellen DeGeneres Show,’ and ‘Jimmy Kimmel Live!.’ He provided the voice for the animated comedy film ‘Charming,’ as well as a television commercial for Hulu TV.

Harper Collins published Harrison’s first book, “The Perfect Letter,” in May 2015. Though the book was not well received by critics, it was well-received by his fans.

The 49-years-old is a married man. He tied the knot with his college sweetheart, Gwen Jones. Indeed, the love birds first met during their college days.

Chris and his wife Gwen are parents to two children. They gave birth to two kids, their son, Joshua, and daughter, Taylor. However, as time passed, things complicated between the lovers, and after 18 years of marriage, the couple decided to divorce in 2012.

Although they parted ways, Chris and his ex remain good friends and share custody of their children. He is currently dating Lauren Zima, the host of ‘Entertainment Tonight.’ She also contributes to Harrison’s show, ‘The Bachelor and The Bachelorette,’ and her show, ‘Roses and Rose.’

Christopher Bryan Harrison was born on July 26, 1971, in Dallas, Texas, to Mary Beth, a real estate agent, and Steve Harrison, a clothing store employee at Ken’s Man’s Shop in Garland.

Talking about Harrison’s siblings, he grew up with his elder brother, Glenn Harrison. The two brothers were heavily involved in sports such as hunting, fishing, baseball, and soccer throughout their childhood. He attended Lake Highlands High School before transferring to Oklahoma City University on a soccer scholarship. In 1993, he graduated with a degree in mass communication. 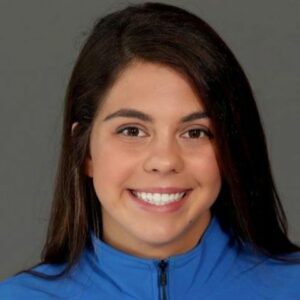 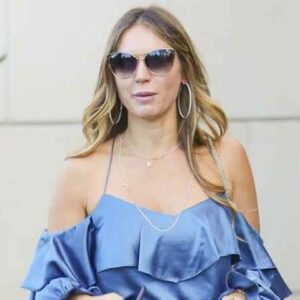 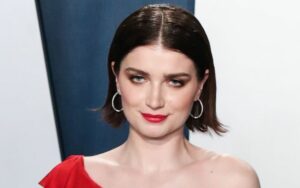