Lexi Jayde is a well-known American actress, model, and singer best known for her role as Emma in the film 'Lucky Dog.' She also began singing at a young age, and at the age of ten, she became involved with her aunt's online celebrity news publication, 'Hollywood Teen'Zine.' 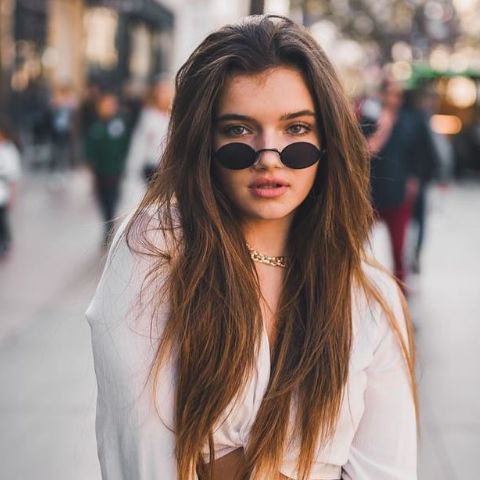 Alexis Jayde Burnett, also known as Lexi Jayde, is an actress, model, and singer from the United States. Her net worth is expected to be around $2 million in 2021. She also receives compensation from her sponsors for partnerships and ads.

Alexis Jayde Burnett debuted in show business as an infant when she appeared in an ad. She began singing at a young age and became involved with an online film news magazine named ‘Hollywood Teen’Zine‘ when she was ten years old. It gives fans the most recent news, facts, and images of their favorite musicians, actors, and actresses from the worlds of music, television, and film.

The actress made her television acting debut in the film ‘Stolen Kid.’ She co-starred in Tracy Morse‘s 2013 short comedy film ‘Wednesday the 13th,’ which was directed and written by Morse. In 2014, Alexis received her most prominent role to date in the family drama film ‘Lucky Dog,’ in which she played the supporting role of Emma. The film starred Bryce Johnson, Boti Bliss, and David DeLuise.

Following that, Lexi starred as Katie in the 15-minute short drama film ‘Boys.’ She sung and released a special holiday rendition of the hit, ‘Baby It’s Cold Outside.’ Jayde appeared as a Hello Girl in the 6-minute music video titled ‘Samantha Gangal: Bohemian Rhapsody.’

In 2017, Alexis appeared in the music video for the song ‘Bingo.’ Jacob Sartorius, an American singer and internet celebrity, released the single. The following year, she appeared as a special guest on Sartorius’s ‘Sartorian Summer Send-Off‘ tour.

The beautiful model has also starred in many music videos as a musician, including pop singer Emeryt Kelly. She co-starred with Indiana Massara and Matt Sato in the 2018 short horror film ‘Ghosts,’ directed by Shaun Royer.

The 19-year-old enjoys reading sports-related books. In Alexis’s spare time, she enjoys taking selfies, going on photo shoots, and spending time with her peers. According to rumors, she is in a relationship with Emeryt Kelly.

Burnett is gaining popularity as a social media influencer. Her Instagram account, ‘lexijayde,’ now has over 870K followers and has a sizable fan base on musical.ly (now merged into the app TikTok), where she has over 260K followers. Jayde‘s Twitter handle, ‘lexijaydeb,’ has over 21K followers. On November 14, 2017, she launched her self-titled YouTube channel.