Megan Telles is an Emmy Award-winning host and reporter who has had a very adventurous career so far. Here are the details about her relationship status, net worth, and early life. 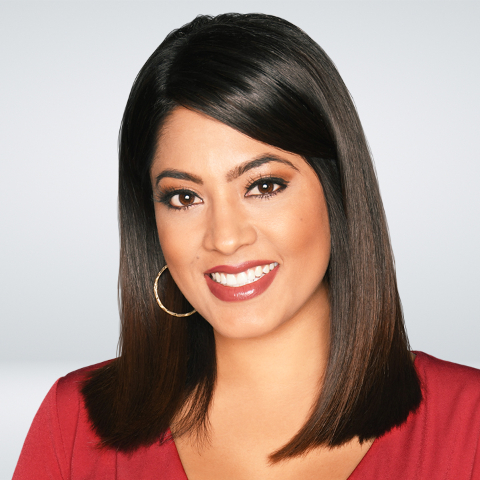 Megan Telles is a married woman. She is married to her high school sweetheart, Cesar Burgueno. The pair had dated for ten years before they finally tied the knot. On October 10, 2015, they exchanged their wedding vows in the beautiful resort Rancho Las Lomas located in Silverado, California.

The two have already become parents to a lovely daughter. Their daughter, who was born in December 2019, is named Lola Rae. The pair share the same passion for football; they are die-hard football fans. Since Megan has been with her high school sweetheart since very young, there is no information about her dating history before she met Cesar.

Megan Telles Net Worth and Career

Megan Telles is a host and reporter. She started her career as an Entertainment News Intern at Disney ABC Television Group right after her graduation. Megan’s career took a big break only after becoming part of The E.W Scripps Company as a reporter. She has worked as a reporter, anchor, and daytime talk-show host for the ABC affiliate, KTNV-TV.

Telles was the anchor for the show ‘Morning Blend’ for two years which aired on the ABC10 Information Entertainment. She has also worked as a Talk Show Host for the University of Southern California. The news reporter also had the opportunity to host the Billboard Music Awards red carpet live when she hosted the Vegas daytime talk show ‘Valley View Live!’.

Telles was also cast as a national entertainment correspondent for the internationally syndicated magazine show Celebrity Page TV. There, she interviewed many Hollywood icons, including Mariah Carey, Jennifer Lopez, and Lionel Richie. She is best known for showing the behind-the-scenes part of many celebrity-chef restaurants, awards shows, and exclusive nightclubs.

The talk show host has received an Emmy Award for her outstanding work as a reporter. She is currently a general assignment reporter for KTLA5 News. She is also very active on social media platforms: Instagram and Twitter. As for her net wealth, it is estimated that the Emmy Award winner has a net worth of $300,000.

Megan Telles was born on January 24, 1989. She is native to West Covina, Southern California but was raised in Rancho Cucamonga, California, for most of her childhood. Her father was a military veteran for 21 years; hence her family has lived at Fort Rucker, Alabama, Wiesbaden, Germany, and Savannah.

The 32-year-old has not disclosed the identity of her parents. As for her academic credentials, she graduated from Los Osos High school. The Emmy Award winner attended the University of Southern California’s Annenberg School for Communication and Journalism and San Diego State University for Journalism.