Chris Burrous was a journalist and television news anchor in the United States. He had been working for the KTLA news channel since 2011, where he was also a weather reporter. 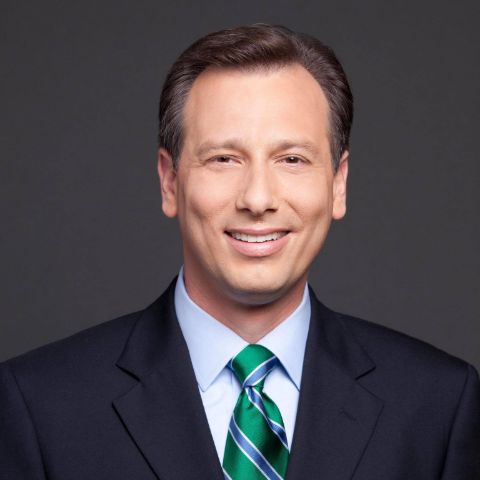 Chris Burrous was a well-known American journalist and news anchor who won numerous awards. He was popular for his work with KTLA, KGET, KGPE, and KMAX. Moreover, Chris also worked for KTLA as a weather reporter. He began his career in media shortly after graduating from college. Burrous has been working in this field for more than two decades. He worked as a reporter for a year in 1999 and went to Bakersfield to work for KGET.

Furthermore, the late news anchor was a frequent user of Facebook. Chris had a verified account on the platform mentioned above, with 61K people following his trip. Moving ahead, at the time of his death, Chris Burrous was estimated to have a net worth of roughly $500,000 US dollars. According to reports, the newscaster had an annual salary of $142,800.

The American journalist first joined Twitter in March 2009 and currently has over 26.3K followers, despite his account being inactive since his death. Chris was also active on Instagram, where he had over 16.8k followers as of 2021 under the handle @chrisburrous. This account’s most recent post was in November of 2018.

Chris Burrous’ Married Life. Who Was His Wife?

Chris Burrous was a married man. He tied a knot with his love life wife, Mai-Do Burrous. Chris and Mai-Do were married until December 2018, when Chris died. Mai-Do, his wife, is also a professional journalist. Furthermore, the couple met at KGET-TV in Bakersfield, California, where he worked as a reporter.

The love birds fell in love with each other after their first meet. After that, in October of 2003, the couple married. The beautiful couple then had their only child in 2009. It was Isabella, their daughter. Chris and Mai-Do appeared to be in a good relationship, with no signs of divorce or separation rumors.

On January 11, 1975, Chris Burrous was born in Santa Clara County, California, and died on December 27, 2018. He was 43-year-old at the time of his death. Christopher Rocky Burrous is his full name. He was a citizen of Glendale, California, at the time of his death. Despite the lack of knowledge of Chris’ parents, siblings, and other family members, it is known that Chris’ parents worked as a farmer and a NASA engineer.

Furthermore, Christopher attended Chapman University and earned a bachelor’s degree in broadcast journalism there. A heroin overdose caused his death. After being discovered unconscious at a motel in Glendale, California, Chris died in a hospital. The end of the anchor was attributable to methamphetamine poisoning, according to the findings.