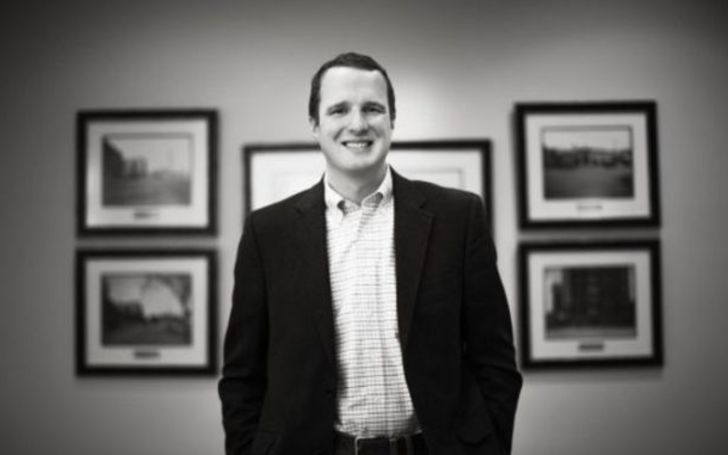 When you are a celebrity, renowned to the whole world, there is a high chance that you take your lovers and children to the limelight as well. It is the same with Matt Danzeisen, who is more famous from his marriage with venture capitalist and the co-founder of Paypal, Peter Thiel. Matt’s life took a big turn when he first met his beau and rose to global prominence at an instance. The gay couple gives a significant boost to the rise in the LGBT community over the world. So, today, we take you close to the details on who exactly is Matt Danzeisen is and how much is his net worth.

Things panned out quite well for Matt Danzeisen when he married venture capitalist Peter Thiel. Interestingly, it all began when he joined Thiel Capital, in which the founder was his current husband. Gradually, the lovebirds came across together and felt a special vibe between them. Since Matt was the portfolio manager, he and Thiel worked very closely. Thus, one thing led to another, and the gay couple started to date before they knew it.

The Paypal co-founder, Peter Thiel, managed a lavish wedding ceremony in Vienna, Austria, in October 2017 to tie the knot. Interestingly, their decision to marry came as a surprise to the billionaire’s family members. In fact, he announced the big news during his 50th birthday party on October 11, 2017. Shortly after, the wedding ceremony took place, and they couldn’t have been happier.

In 2020, Matt and Peter celebrate their third marriage anniversary. With three years already, the two are yet to embark on family life. Only time will tell if they will welcome children in their blissful lives or let things stand as it is.

While most of Matt Danzeisen’s fame comes from his relationship with his husband, Peter Thiel, his resume in the corporate field is equally resounding. Surprisingly, he always pursued business and finance professionally as he majored in accounts and finance at the university.

Currently, Danzeisen serves as a portfolio manager in his husband’s company. But, before that, he used to manage the portfolio of BlackRock company, an American Global Investment Management Corporation. Furthermore, he also worked for Bank of America’s security sectors during his early days.

With the Thiel Capital, he travels around the world in several meetings and conferences on the related field. In fact, he participated in a conference in Japan in 2017, where he gave his expertise on financial technologies as well.

Matt Danzeisen’s Net Worth Makes Him a Millionaire

When you are married to a multi-billionaire, there is no point of worrying about your finances. Despite that, Matt himself makes a staggering net worth of $1 million as of 2020 from his own career. On the other hand, his husband, Peter Thiel, amassed a whopping net worth of $2.3 billion. Thus, the massive wealth of Peter definitely raises the value of Matt’s balance sheet as well.

Peter made the list of Forbes Fidas list in 2014, and Forbes 400 in 2015. Besides Paypal, he is also the founder of Clarium Capital, Valar Ventures, and Mithril Capital. Surprisingly, Matt’s husband was also an angel investor on Facebook.

You May Like:Net Worth and Married Life of Wanda Hutchins.

Matt prefers to keep himself away from the media hype, but his husband is involved in all sorts of events, including politics. Thiel supported his friend, the current president Donald Trump big time during the 2016 elections.