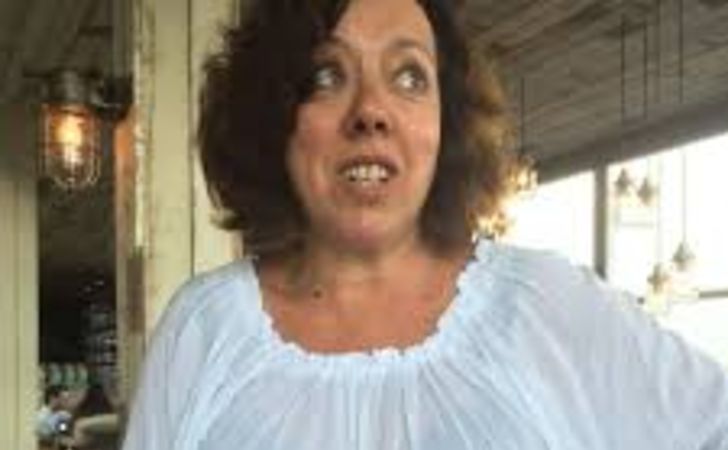 Call it the advantage or disadvantage, but whenever you are affiliated with a celebrity, there is a high chance that you become one. Mary Roscoe can be termed into the same category as she is more popular as the wife of veteran English actor Jeremy Swift. However, it would be quite unfair not to include the fact that she herself is a talented actress who appeared on Les Miserables and Paddington in the past. So, without wasting much time, today we take you close to the net worth, married life, and career of the charming actress.

There is no doubt that the showbiz industry has a lot of challenges, especially with the competion. Despite that, people pursue the profession because of its perks in the form of fortune and fame. Thanks to her works in several movies and television shows, actress Mary Roscoe amasses a staggering net worth of $500,000 as of 2020. Her six-figure bank balance lets her live a lavishing lifestyle around all sorts of modern-day amenities.

While Roscoe herself owns such colossal net worth, her beloved husband Jeremy Swift is a millionaire. Specifically, her beau gathers a staggering net worth of $5 million as of 2020, which helped the pair to give their kids the best possible childhood.

Behind every successful man is a woman who continually supports him throughout all the ups and downs. Mary Roscoe is the epitome of such a woman who plays a crucial role in the accomplishments of Jeremy Swift. She tied the knot with the 60-year-old actor way back on November 5, 1992, in an intimate wedding ceremony.

The love story of Mary Roscoe and Jeremy Swift is equally interesting as the two first met while working on a play. Together the love birds share two adorable children, both being adopted. In 2020, the pair celebrate their twenty-eighth marriage anniversary, which clearly depicts how they have held each other’s back for so many years without any signs of conflict or divorce.

Also See: Who is Malcolm Brabant? Know the net worth of the BBC journalist.

Roscoe and Swift’s romance is adored by many, especially because of the diva’s diverse background. She was born in Harare, Zimbabwe on June 12, 1959. Despite all the struggles, she made it to the top level as an actress with nothing but a lot of hardwork.

Mary Roscoe might be famous as the wife of Jeremy Swift, but she is an actress by profession ahead of everything. Even though she isn’t as famous as her husband, Roscoe shared a fair amount of success in the industry by featuring in several movies and television shows.

The key factor behind Mary Roscoe’s success in the glamour world was her versatile skills in front of the cameras. Getting into the details, she featured in some top movies like ‘Les Miserables’, ‘Paddington’, and ‘The Woman in Black 2: Angel of Death.’ The Zimbabwe born actress’s lifepartner Jeremy Paul is quite a reputed actor who appeared in several shows like ‘Gosford Park’ and ‘Downhill.’

Related: Know about the career and love life of Maria Hinojosa.