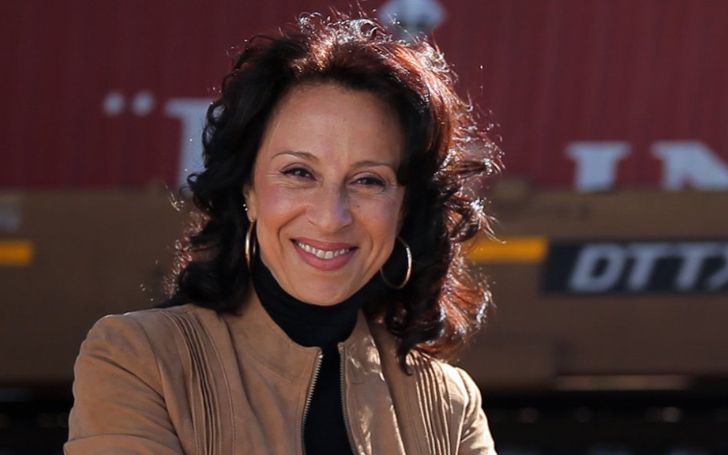 Maria Hinojosa is a talented Latin American journalist who is widely known as the anchor and executive producer of Latino USA on National Public Radio. Besides that, she’s also the founder, president, and CEO of Futuro Media Group which is also a producer of the show Latino USA show. So, today we get a better look at her life, from net worth to her personal life and career.

When it comes to net worth and finances, the experienced journalist Maria Hinojosa has nothing to worry about, thanks to her amazing career serving as a CEO, executive producer and may more.

According to sources, the journalist’s collected a whopping net worth collection of $2 million as of 2020, all thanks to her splendid career in media and communication. Serving as the executive producer of shows like America By the Numbers with Maria Hinojosa: Clarkston, Georgia, she’s surged ahead to make a good name for herself both professionally and financially.

As of now, we can only speculate her net salary amount which is close to $100,000 given her involvement in different projects, shows, and running her Media group. For now, she enjoys a lavish life accompanied by her family.

A Glimpse At Maria Hinojosa Career

Maria Hinojosa started her career with Latino USA, a public radio program dedicated to the Latino community, as a host. She’s still running the show for almost 20 years and now is the executive producer.

After that, in 2010, she founded the Futuro Media Group to make a multi-platform based journalism that aims to promote cultural richness. She’s also known to work eight years with CNN’s New York City bureau reporting urban issues like violence and many more.

Also See:  Know about the net worth, career, and love life of Hari Sreenivasan.

Besides, the veteran journalist has worked for five years with the PBS on her own show Maria Hinojosa: One-on-One. It was a talk show featuring interviews with different actors, writers, activists, and many more. Not only that she’s also written two books namely Raising Raul: Adventures Raising Myself and My Son, and Crews: Gang Members Talk with Maria Hinojosa.

Talking about her personal life, Maria Hinojosa is happily married to the love of her life, German Perez. The adorable couple has been together since the early 1990s and is still going strong as ever. Their wedding took place in a closed-off ceremony surrounded by all the loved ones, friends, and family.