Margaret Cho is an actor, singer, novelist, and fashion designer from the United States. She is best known for her stand-up comedy, although she has also starred in over 90 films and television shows. know more down below. 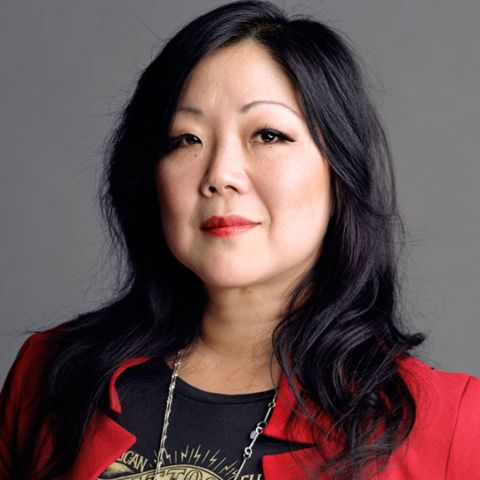 Margret Cho has amassed a sizable fortune and following as a result of her innovative and creative efforts. She is still regarded as one of the most admirable women who rose to prominence early. She’s invested in several properties, received lucrative endorsements, and works with CoverGirl’s beauty line.

So, suppose you add up all of this actress’s profit share, endorsement, decision-making, advertising work, and upfront payment. In that case, she has a staggering net worth, which is predicted to be approximately $4 million as of 2021. Margaret purchased a property in Glendale, California, for $625,000 in 2002. The home is now valued at roughly $2 million.

Margaret Cho began her stand-up comedy career at a club near her parents’ bookstore, then spent several years honing her act in other venues. She had a small part in the CBS sitcom “The Golden Palace” in 1992, which was canceled after one season. Cho appeared in the sensual TV drama series “Red Shoe Diaries” in the episode “Hotline” in 1993.

The artist starred in the film ‘Angie‘ and voiced a character on the TV show ‘The Critic’ in 1994. She also starred as Margaret Kim in the ABC situation comedy series “All-American Girl.” She only appeared in 19 episodes of the show before it was discontinued. Despite the failure of her film “All-American Girl,” she presented “New Year’s Rockin’ Eve 95″ with Steve Harvey in 1995. She had a voice role in the TV show ‘Duckman‘ that year. She made her acting debut in the American drama film ‘It’s My Party,‘ directed by Randal Kleiser, in March 1996.

In 1997, she voiced Ariel in the animated TV series ‘Happily Ever After: Fairy Tales for Every Child‘ in the episode “The Little Mermaid.” Cho also appeared in the action thriller film ‘Face/Off‘ as ‘Wanda.’ She appeared in’ Sweethearts’ American independent cinema and the comedic film ‘Fakin’ da Funk’ the same year. ‘I’m The One That I Want,’ a concert film, was released in 2000. The film chronicled her rise to fame and the challenges she faced along the way. A book with the same title was also released.

The actress made an appearance in the music video “I Wanna Be a Bear” in 2010. She also appeared in the TV series’ Ghost Whisperer‘ as ‘Prof. Avery Grant’ and ‘The A-List: New York’ in the same year. She sang ‘Your Favourite Thing’ with Grant-Lee Phillips at the ‘See A Little Light‘ tribute concert in 2011. Margaret Cho: Cho Dependent, her stand-up comedy show with musical performances, was released that year.

Margaret Cho is bisexual and has stated that she has “experience with polyamory and alternative sexuality.” On June 13, 2003, she married Al Ridenour, and in August 2015, she filed for divorce. Cho was a member of Ridenour’s performance company Art of Bleeding in 2006, and he took part in one of the group’s performances.

The singer has also dated Chris Isaak, a musician, and Quentin Tarantino, a director. Cho lost 30 pounds in just two weeks before filming the first episode of “All-American Girl” after ABC officials criticized her appearance. She was hospitalized for renal failure after she finished filming the episode.

The 52-year-old entered rehab in 2016 after an intervention by her family and friends. Cho, who was “drinking, suicidal, and taking like a million medications,” spent a year and a half in a treatment center before relocating to a sober-living facility.

Margaret Cho was born Margaret Moran Cho in San Francisco, California, on December 5, 1968. Margaret’s parents, Seung-Hoon and Young-Hie, immigrated to the United States from Seoul, Korea, in 1964, and her father was deported a few days after she was born due to a lack of a work permit. He eventually relocated to San Francisco with his wife, where he co-owned the Paperback Traffic bookstore and wrote comedy books.

The family lived near Ocean Beach in a neighborhood filled with “ancient hippies, ex-druggies, 1960s burn-outs, drag queens, Chinese folks, and Koreans.” In a 2010 interview with “People” magazine, Cho admitted that she was bullied a lot as a teenager, and she felt uncomfortable and terrified and didn’t want to live.