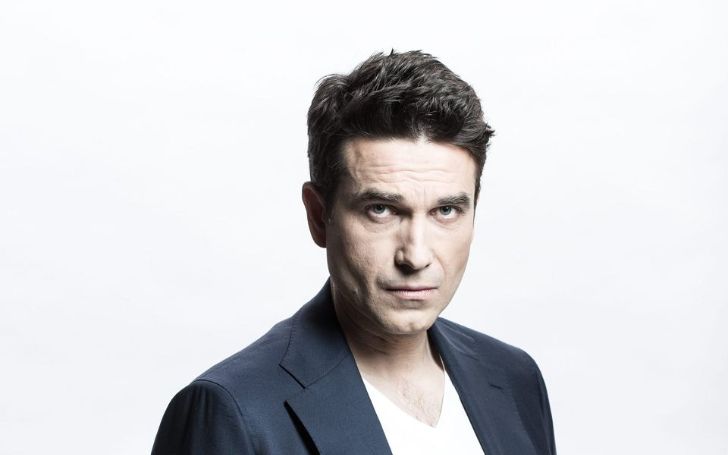 Marcin Dorocinski is a talented Polish film, television, and stage actor who is recently known for starring in the Netflix miniseries The Queen’s Gambit. The series revolves around the life of an orphan chess prodigy’s quest to become one of the world’s greatest chess players. Besides this series, Marcin is recognized for performing classic conflicted and troubled characters like Despero in Pitbull, Jacek in OFFsiders, Otter in Manhunt, and many more. Following his talents, today we look into more details about the actor from his net worth, to his acting credits and personal life.

What Is The Net Worth Collection of Marcin Dorocinski?

Regarded as one of the most talented and respected Polish actors, Marcin Dorocinski’s been in the acting industry for more than two decades. Throughout the time he’s been able to garner immense success not only professionally but also financially.

Specifically speaking, according to Celebrity Net Worth, the actor’s total bank balance is a staggering amount of $2 million as of 2020. He’s made most of his greens by working in numerous movies that have collected a good amount in the box office.

You may also like: Hensley & Co Chairwoman Cindy McCain Net Worth Collection

Just like any other established actor, Dorocinki also enjoys spending his income on different sorts of modern lavishes and amenities. Most of them he spends on his family.

Did you know that Marcin Dorocinski initially sought out a career as a professional footballer? He was planning on becoming an internationally recognized athlete but had to quit after sustaining a major leg injury back in his playing days. After that he was encouraged by his history teacher who noticed his knack for acting.

The 47-year-old’s first debut movie was in Andrzej Zulawski‘s The Shaman in 1995. After playing some minor roles in televisions and searching for his highlight role he got a major part as Arek Bilski in the 1999 movie Krugerandy. Although his real breakthrough moment came in 2005 with the role of a homicide detective Slawomir Desperski in the cult television series Pitbull.

After that his talent was widely recognized and the Pitbull actor could be seen doing movies like We are all Christ, Luiza’s Garden, OFFsiders, Reverse, Rose, In treatment, Manhunt, Fear of Falling, The Mighty Angel, and many more. In 2020, he joined the cast of the American series The Queen’s Gambit where he plays the character of Russian world chess champion Vasily Borgov.

Speaking of his personal life Marcin Dorocinski is a highly private person and prefers to keep a low profile for himself. He believes in letting his talent speak for himself. However, through much research we found out that he’s a happily married man and a father of three children.

Dorocinski is married to his lovely wife, Monika Sudol, and the couple shares three kids whose names are Jakub Dorocinski, Stanislaw Dorocinski, and Janina Dorocinski. It is said that Jakub is Monika’s child from her previous relationship.