If you've watched the recent box office record-smashing chess series Queen's Gambit then, recognizing the name Anya Taylor-Joy should be an easy feat for you. If you didn't know, then let us inform you, she's none other than the award-winning lead actress who plays Beth Harmon's role in the Netflix mini-series, The Queens Gambit. 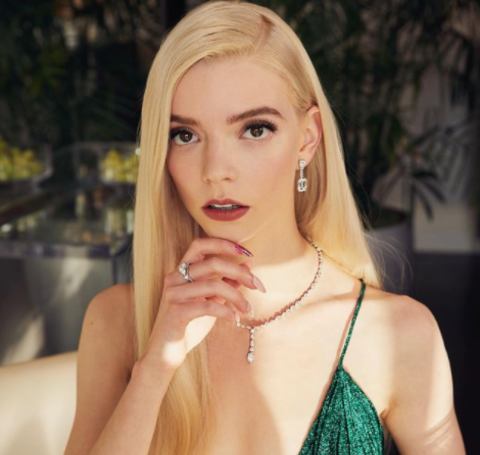 Anya Taylor–Joy Net Worth Collection As of 2021

One of the things that make us wonder about our loved celebrities is how they can afford the glamorous lifestyle of Hollywood, and that brings us to the curiosity of their net worth. Specifically speaking about our American/English/Argentine actress Anya Taylor-Joy, she’s made quite a bank balance for herself in the short period of her debut.

According to Celebrity Net Worth, Anya enjoys a staggering wad of greens that amount to $3 million as of 2021. As aforementioned, one of her highest paycheques was received from The Queen’s Gambit’s success, which gave her a financial upraise and professional recognition.

The young actress earns major of her earnings through her acting endeavors, but some other contributors are her modeling assignments, brand endorsements, and sponsorships.

The year 2020 certainly was one of the best years for Anya Taylor-Joy, considering The Queen’s Gambit’s success. The series not only gave the actress overnight popularity, but it also brought back the hype of playing chess, seeing as suddenly chess.com became a cool website to visit. Isla Johnston plays the young version of Beth Harmon in the series.

Did you know that the U.S. sales of chess sets went up by 87% in the three weeks after the show premiered, and chess.com had over 12.2 million new members to sign up? The lady behind the screen who portrayed a chess prodigy character started her career back in 2014 from the movie Vampire Academy and the TV series Endeavour. Apparently, at the age of fourteen, she dropped out of school and moved from London to New York City to pursue acting.

You may also like: All About Ali Landry’s Husband Alejandro Monteverde, Net Worth, Career HIghlights

The 24-year-old made her fantasy series debut through Atlantis, playing the role of Cassandra in 2015. She also provided her voice for providing Brea’s voice for the TV series The Dark Crystal: Age of Resistance. Anya was raised to prominence with her role as Thomasin in the horror film The Witch, directed by Robert Eggers, which gained her an Empire Award and a Saturn Award nomination.

Who is Anya Taylor-Joy Dating? Is She Single?

Well, we don’t mean to rain on your parade, but the Latina beauty is in a committed relationship with her partner Eoin Macken. The couple is not just dating but is, in fact, already engaged as of 2021. Her partner is an Irish model/director who’s directed Here Are the Young Men, a 2020 movie starring Anya herself.

That’s all for now, make sure you check out Featured Biography for more of these reads on your favorite celebrity.