Skip to content
Home » Entertainment » Who is Marcell Ozuna’s Wife, Genesis Guzman? All About Their Married Life, Domestic Violence Case

Who is Marcell Ozuna’s Wife, Genesis Guzman? All About Their Married Life, Domestic Violence Case 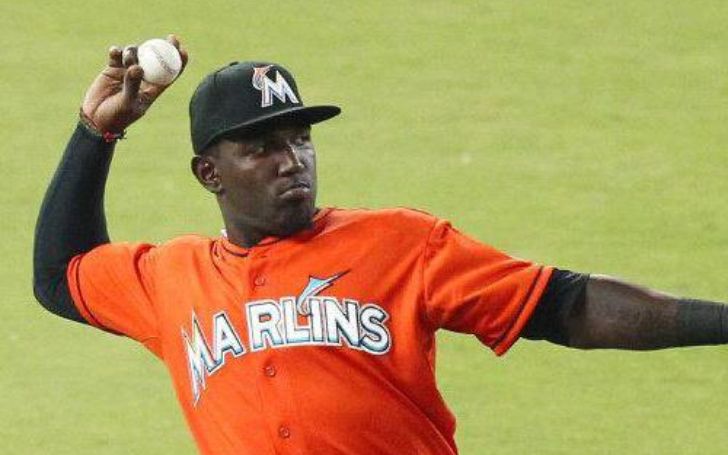 Marcell Ozuna Idelfonso (nicknamed The Big Bear) is a Dominican professional baseball outfielder and designated hitter for the Atlanta Braves of Major League Baseball. He made his MLB debut in 2013 with the Marlins. Moreover, Marcell was a former player in MLB for the Miami Marlins and St. Louis Cardinals.

The Big Bear was born on November 12, 1990, in Santo Domingo, Dominican Republic. His father’s name is Marcelina Ozuna, a former painter, and his mother’s name is Adriana Idelfonso, a housekeeper. Moreover, he holds a Dominican nationality and belongs to the African ethnicity. He has one brother and two sisters. Also, Marcell is the cousin of former MLB player Pablo Ozuna.

Genesis Guzman is the wife of Marchell. The couple dated for many years. Guzman is the long-time girlfriend of Ozuna. However, the duo secretly married each other. Let’s know more details about their relation and their Domestic violence case below.

Talking about Marcell’s married life, he tied his knot with his girlfriend, Genesis Guzman, in a small more private ceremony. Well, their wedding was organized in May 2017 in the Dominican Republic.

The couple is blessed with three children. The daughter was born before 2016 Christmas, and two sons were born in late 2014 and late 2016. However, the names of the children are unknown.

The 30-years-old Marcell was arrested on May 29, 2021, for aggravated assault, strangulation, and battery-family violence after the Atlanta Braves outfielder reportedly choked his wife, threw her against a wall, and struck her with the cast on his broken fingers.

According to the Fulton Country jail records, The Big Bear was arrested by Sandy Springs Police Department. Atlanta Braves tweeted that they fully support the Major League Baseball’s policy on domestic violence,”We learned of Marchell Ozuna’s arrest earlier this evening and immediately informed the Commissioner’s Office.

According to Ajc, On Saturday at 12:26 p.m., a 911 caller requested officers Sgt. Salvador Ortega to came a Windsor Cove home. When officers arrived at the house, they heard screaming from inside the home, and the front door was open, Ortega said. Ortega said in an emailed statement, “Officers entered the residence through the open door and witnessed the suspect grabbing the victim by the neck and throwing her against a wall.”

Officers were able to take the suspect into custody without further incident immediately. Moreover, the suspect also beat the victim with his arm, which has a cast from a previous injury. Investigators absorbed Ozuna’s wife had visible injuries but didn’t go to the hospital.

Further, Police charged Ozuna with aggravated assault by strangulation and family violence, jail records showed. He broke two fingers during the fight, was placed on the injured list, and is expected to miss several weeks. Ozuna was unable to play baseball after the injury.