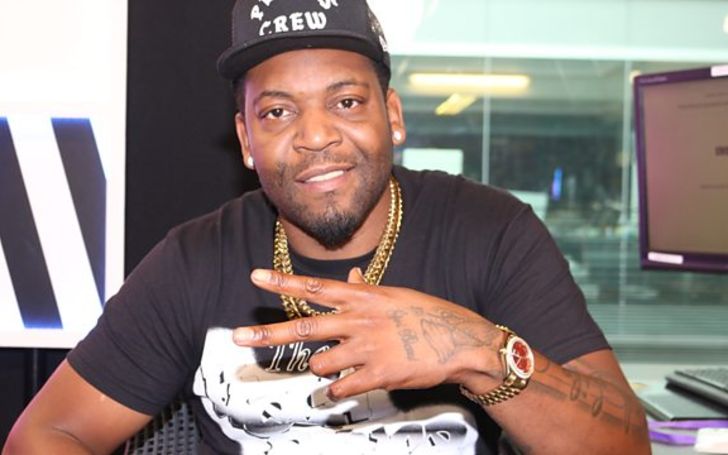 Majah Hype is a comedian. He’s gifted with the talent to make people laugh, and he has been doing that for a long time now. However, the guy who made many forgot their pain and gave them joy is in trouble lately. Last month he was hospitalized due to a mild heart attack, and now his girlfriend accused him of abusing her. Because of this reason, many want to learn more about his relationship; thus, we brought everything the internet has on that topic, and further, we added all there is to know about the comic, Majah Hype.

Before going through Majah Hype‘s recent problems, let’s get a better understanding of his origin. Although there’s no sign when he was born, it came in front that Hype hails from Brooklyn.

Hype real name is Collin Nigel McPherson. His parents raised him in East Kingston, Jamaica. He grew up alongside his two siblings; however, further details on them aren’t out.

Though there isn’t much information on his family, it seems he’s close to them as the comedian portrays his family from the Caribbean on the stage. According to Aussie Celebs, in a live performance that’s both side-splittingly funny and affectionate, he takes on grandparents, uncles, and friends.

Hype Accused of Abuse By Girlfriend, Latisha Kirby Aka Latasha

A video posted online is giving some hard time to Majah Hype. The clip was posted by the comedian girlfriend Latisha Kirby, aka Latasha, on her Instagram page.

Hype’s lover revealed his dark side. In that clip, his ex, Latasha, alleges that Hype was abusive to her during the course of their relationship. While sharing the news, she apologizes to her friends and family for isolating herself to cover up bruises and signs of the alleged abuse.

According to Hype’s girlfriend, she kept all the pain within herself to protect him, but things never changed, and now she made it public to take her power back on her life.

The clip posted by Latasha also indicated she is the mother of Hype’s child named Kody Campbell. Indeed, although there’s no evidence suggesting their marriage, the duo is parenting their kid, as per Earn The Necklace.

Those who follow Majah Hype works might know a month ago; he was rushed to the hospital. What was the cause? Well, it came out he suffered a mild heart attack.

Although he attributed the reason for some unspecified stress at the beginning, after hearing the recent news about him, many believe the real cause might be his girlfriend. As it seems he was facing some trouble in his private relationship.

Talking about Majah Hype, he accumulated an outstanding net worth of $4 million as of 2020. Yes, he’s a millionaire, and all credit goes to his hardship in the entertainment business.

Hype rose to fame as a comic, actor, and singer. Thus, through his work in skits, comedy, music, and movies, he amassed a massive fortune.

Stay tuned with us to learn more about your favorite celebrity, and make sure you follow Featured Biography for more of these!