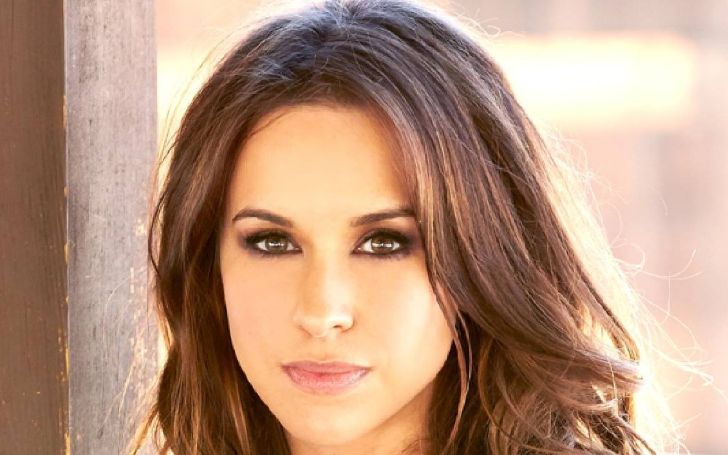 Lacey Nicole Chabert is a popular American actress. On All My Children, she had one of her first roles as Erica Kane’s daughter. She was the third actress to play Bianca Montgomery, and she portrayed the character from 1992 until 1993. Her portrayal as Claudia Salinger in the Fox television drama Party of Five (1994–2000) catapulted her to fame as a young actress on television.

The American actress has been dubbed the “Queen of Hallmark Christmas Movies” by The New York Post and other media outlets after appearing in over 18 Hallmark Channel films. In the Nickelodeon animated series The Wild Thornberrys (1998–2004, she voiced Eliza Thornberry. She also provided the voice of Meg Griffin in the first season of the animated sitcom Family Guy and Zatanna Zatara in various DC Comics-related media. So, let’s know about her married life.

Lacey Chabert’s Married Life. Who Is Her Husband?

Lacey Chabert is a married woman. She tied a knot with her handsome long-term boyfriend, David Nehdar. David is a veteran businessman. They started dating in 2013 and have been together for around eight years. After dating for several months, the duo married on December 22, 2013. The wedding ceremony was held in Los Angeles. She managed to pull off a private wedding away from the media limelight.

After three years of marriage, the love bird welcomed their first daughter on September 1, 2016. The name of the child is Julia Mimi Bella Nehdar. Julia is four-year-old as of now. Lacey was 33-year-old when she gave birth to her first baby. The pair’s seven-year marriage appears to be going well, as there has been no mention of extramarital affairs to date.

Lacey Chabert was born on September 30, 1982, in Purvis, Mississippi, USA. She is 38-year-old as of 2021 and holds American nationality. Her mother’s name is Julie Chabert, and her father’s name is Tony Chabert. Her parents worked in an oil company. In addition, she has siblings named T.J., Chrissy, and Wendy Chabert.

Chabert, along with her siblings, attended a school in her neighborhood for her education. She began her acting career on the sets of Party of Five while she was in the fifth grade. Along with that she also competed in acting contests at the inter-school and local levels.