Kris Thykier is a British executive producer who is also the creator of Peapie films. He is the husband of Claudia Winkleman, a television presenter. Let's know all details about his wealth, married life, and early life. 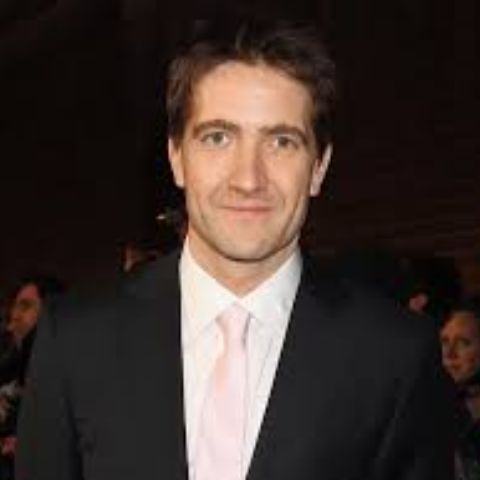 Kris Thykier is the creator of PeaPie Films, which is based in London. He’s also an executive producer on John Wells‘ and The Weinstein Company’s next feature picture. Kris has amassed a sizable net worth throughout his career. In addition, he is most known for his roles in the films Woman in Gold (2015), Kick-Ass (2010), and The Debt (2010).

The British producer started his production firm, PeaPie Films, in 2009. He formerly worked at MARV Films as a partner. He also worked in public relations at Freud Communications. According to reports, Kris is estimated to amass an impressive net worth of $2 million as of 2021. His films, on which he worked as a producer, have grossed more than $325 million worldwide.

Also See: All Details About Zion Kalvin’s Net Worth, Family, and Personal Life

Similarly, Claudia was the highest-paid female presenter in the 2016/17 and 2017/18 seasons. According to online sources, she has a net worth of $12 million as of 2021. Moreover, Claudia makes roughly $91,853 for her column in the magazine Sunday Times Style, in addition to her BBC pay. She and her husband purchased a $3.97 million property in Westminster near Marble Arch in 2006.

Kris Thykier’s Married Life. Who are His Children?

Kris Thykier and Claudia Winkleman‘s wedding took place in Westminster, London. He tied a knot with Claudia in 2000, and they have been married for 21 years as of 2021. The couple is the delighted parents of three beautiful children.

Their first child was born on March 17, 2003, whose name is Jake Thykier. On June 5, 2006, their second child, a daughter named Matilda Martha Thykier, was born. Arthur Thykier, their third child and second boy, was born on July 6, 2011. As of now, Kris and Winkleman have not been involved in any scandals. They are content with their marital harmony.

The five-member family presently resides in Westminster, London’s Connaught Square. Claudia, Kris’s wife, is a staunch supporter of her husband. Despite her tight schedule, Winkleman and her husband attended the premiere of the film Tolkien. Matilda, Kris and Claudia’s then-eight-year-old daughter, was transported to the hospital on October 31, 2014, when her Halloween costume caught fire and gravely damaged her. She tolerated serious burns as a result of the incident.

Kris Thykier was born in London, England, on January 13, 1972. He is 49-year-old as of 2021 and holds British nationality. There is no detailed information regarding Thykier’s educational background or family history.

There is no detail regarding his educational journey. Kris intends to take on greater difficulties in making independent films in the future. He worked as an executive producer on films including Stardust, Tolkien, and The State, a television miniseries.