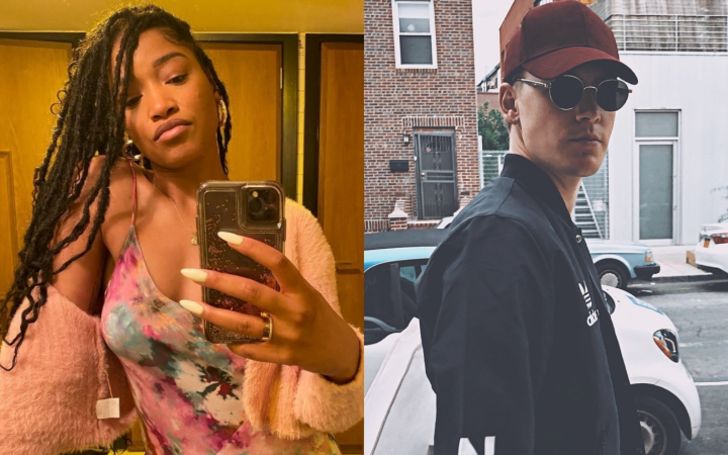 Keke Palmer is well-known for her work in the entertainment industry as an actress, singer, and television personality. She made her acting debut in 2004, whereas she released her first studio album back in 2007. Since the very beginning, she succeeded in capturing tons of attention for her magnificent works. However, with fame, she also became part of many controversies and rumors. If we talk about the rumors, one of the recent will be her dating the Dutch rapper, Styn. Some speculations are going on that topic right now, so let’s delve into it and find out what is happening?

Who is the Dutch Rapper Styn?

Before talking about what’s going on between Keke Palmer and Styn, we think it’s better to learn a little about the latter. So, who is he?

The brother duo was introduced to music by their father as per Cheat Sheet. Their old man is a big fan of classic-rock tunes. They were passionate about music from their childhood and even began to experiment with it as a kid while growing up in the Netherlands. Gradually with them, their love for musical art also grew and started their journey together.

According to sources, Styn and Winter’s first song, “Who to Believe,” was released in 2016. Since then, they have been working on several musical projects until today.

Coming to the Plamer and Styn dating rumors, it started back in the week of March 15, 2020. Yes, you read it right. During that week after Plamer was caught by internet sleuths leaving a flirty message on Styn’s Instagram post.

In addition to that, sources claim Plamer, 27, even left a steamy comment on one of Styn’s photos. Under such evidence, people began to speculate the duo might be in a romantic relationship.

Evidence That Convinced Palmer’s Fans She is Dating Styn

After some months of rumors, Palmer’s fans things that the dating speculation between her and Dutch rapper Styn is real. Even though she often said she chose not to date someone from a similar profession, her new lover might be from the same career background.

Although the diva has mentioned a couple of times that she prefers not to date anyone from the industry, she might be watering her relationship with the musician, Styn. According to Bustle, Palmer’s lover isn’t well-known to the mass at the moment, which might be one reason she gave a try to fell in love with a similar career guy.

Talking about the evidence, there are few which convinced Palmer’s fans that she might be dating Styn. One of the recent is the photo that Styn posted in mid-August on his Instagram page where he and Palmer were riding bikes together.

After the friendly shot which generated hype on Palmer and Styn dating rumors, another post came by, again on Styn’s Instagram on September 12. It was a short clip this time where they were having fun making ugly faces.

Following that short video, another clip went viral on the internet in late October, where Palmer was lip-locking with an unidentified man at a hookah lounge, as per Bet. It can be seen in that video; however, the video didn’t show that guy’s face. Regardless of that, it seems he is none other than Styn.

That’s all internet had on Palmer and Styn dating rumors, and because the pair haven’t spoken out anything that would make things clear about their relationship, still nothing can be said for sure if they are in a romantic relationship.