Katie Maskell is famous as the lovely wife of the English stand-up comedian, writer, actor, and TV presenter, Alan Davies. Like, her beau, she's a writer, and the duo first met backstage at QI, a BBC panel show, in 2005. Learn more about Katie on this page. 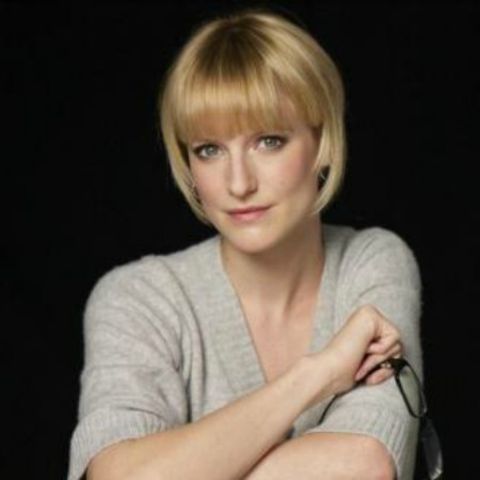 Katie Maskell is happily married to her celebrity spouse Alan Davies. They are tied in a marital relationship for 14 years as of 2021.

The lovely duo first crossed paths at QI’s backstage, a BBC panel show where Alan is the only permanent panelist since 2003. They first encountered in 2005 and gradually worked on their relationship; they began to date.

After knowing each other pretty well, Katie and her lover decided to make things serious. Following that decision, the love birds walked down the aisle on 13 January 2007 after six months of engagement.

Alan and her husband shared their vows in an intimate wedding ceremony, surrounded by their loved ones. On their marriage, Davies’ friend and comedy partner Bill Bailey was his best man.

Katie Maskell is a mother to her three children. Indeed, she and her husband expanded their family. And together, they live a blissful life.

The couple first gave birth to their eldest daughter Suzie Davies. She was born back in December 2009. Similarly, they welcomed their second child, a son, Robert Davies, in 2011.

After welcoming two kids into their life, Katie and Alan expanded their family with a baby boy in 2016. They named their youngest son Francis Davies.

Although Katie Maskell’s exact date of birth is unknown, it was found she was born in the year 1978. She has British nationality. Unfortunately, details on her parents and siblings are yet to be revealed.

You may also like: All to know about child actor Brecken Merrill

Regarding her education, Katie went to Warwick University to study English and Drama. Married Biography noted that she also attended London Drama School, East 15, from where she completed a one-year postgraduate course. Furthermore, she has also done Young Writers Course at the Royal Court.

Katie Maskell holds a staggering net worth of $3.2 million, as noted by Stars Gab. Although it’s an estimation, it seems pretty legit after knowing her accomplishment as a writer.

The mother of three, Maskell wrote for The Idler and The Spectator along with her kid’s book The Great Hamster Massacre. She also won an award for her prestigious children’s book about a girl’s relentless quest for a pet hamster.

Besides writing books, Maskell has a history of working as comedy sketches for BBC Radio 4’s One program as per Bio Gossip. Furthermore, she played a role in Strange Little Girls in 2004. Before all this, she used to work in a pub.