One of the most lucrative professions out there is certainly a social media influencer in today's world. The hype and the talent can make a person reach unlimited heights if he/she can engage with their followers. Just like that, today we're going to be talking about yet another Tik Tok star, Kai Berkner, who's famously known for the most relatable and engaging content out there. Follow the read to learn more about his lifestyle, net worth, and career details. 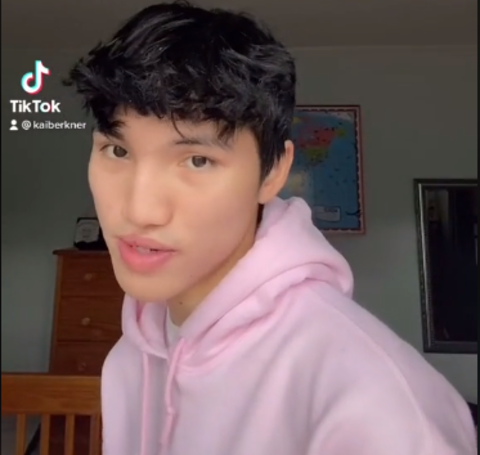 Who is Kai Berkner?

Kai Berkner is a young and extremely talented social media influencer who started his career through YouTube and eventually moved to Tik Tok, where his videos instantly attracted fans from fans worldwide.

One of his most loved videos was about “when you spam random letters to give them the typing notification on Snapchat” and the other “where a friend typed out a long paragraph message and Kai “mistakenly” swiped out of the message on Snapchat causing it to be deleted.”

You may also like: All to know about TikTok star Karina Conti, Net Worth, Career and Boyfriend

The 17-year-old‘s already made whopping followers of over 119.6k followers on Tik Tok with over 1.2 million likes in total. He’s got a loyal fan base in his account which constantly shower him with appraisals on his content. If you look at most of his content, they’re hard not to relate, whether it be about your crush, constant reminders to best friends, unrequited love, and many more.

Before making a career for himself out of Tik Tok, Kai Berkner was involved in creating videos on YouTube. He then went on to take a break in order to pursue his love for music.

Did you know that the media celebrity also released several songs on popular streaming platforms, including Spotify, iTunes, and Deezer? He relentlessly focused on producing music for 2-3 years before turning his focus to making content on TikTok. During his short time making music, he gathered thousands of plays, and he still has songs live today under the stage name “Kai Berkner”.

Net Worth Collection of Kai Berkner

If you look at Kai Berkner’s age, you might wonder that he’s too young to garner a staggering net worth profile for himself, but when you see his social media account, you might have to do a double-take on that matter. Although the social media influencer is yet to share the details of his personal finances in the media, sources assume that the figure is somewhere around $100,000 as of 2021.

Berkner enjoys a handsome net worth collection in the thousands, which he earns from various brand endorsements and sponsorships. TikTok has also launched a Creator Fund program which is a  program launched by the app in 2020. The 200 million dollar fund is to be split among approved applicants who meet some restrictions including a minimum of 10,000 followers.