Following her sexual harassment allegations on Bill O'Reilly, many in her profession tried to put her down and keep her on the sidelines, but despite the backlashes, she has not given up working; such an interesting character is Juliet Huddy. Here is all you need to know about her relationship status, net worth, and early life. 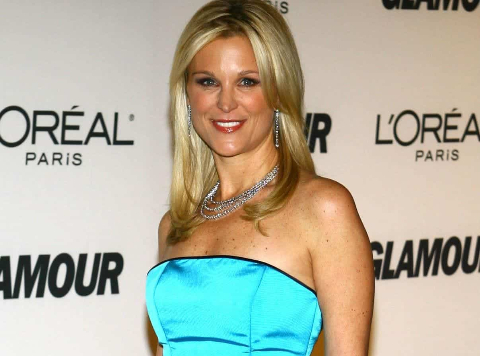 Juliet Huddy’s complete dating history is not clear yet. But, what’s more, interesting than that is her married life. The former Fox news anchor has been married four times and is currently in her fourth marriage. Her first husband was Dan Green, a news director. No further information is available on their marriage and divorce.

In 2003, Juliet got married for the second time to John Jordan, the CEO of Jordan Vineyard & Winery. Like her first marriage, no information is available on their marriage and divorce. Huddy got married for the third time on January 23, 2009, with Doug Barrett. However, they soon got divorced in the same year, just after five months of marriage. The reason for their divorce is unclear.

After divorcing Dough Barrett, Huddy dated Steve Wright. The two had gotten engaged in 2013, but the couple called off their engagement after four years. The reason for it is not known yet. Currently, Juliet is in her fourth marriage to John Fattoruso. John Fattoruso is a musician by profession. The former Fox news anchor does not have children from any of her husbands.

Juliet Huddy Net Worth and Career

Juliet Huddy is an American talk radio host, podcaster, and former news anchor. After completing her formal education, she decided to walk in her father’s footsteps and began her journalism career at age 23 as a reporter/producer for KARO-FM‘s morning newscast in Columbia, Missouri.

The allegations that the talk radio host put on Bill O’Reilly got her much media attention. Fox News settled her with a hefty sum in the high six figures for her claims of sexual harassment. It escalated the celebrity wife’s total wealth. Still, her exact net worth is unclear, but according to the sources, she has total assets worth $300,000.

Juliet Huddy was born on September 27, 1969, in Miami, Florida, USA, as Juliet AnnMarie Huddy. Her father, John Huddy Sr., was a television producer and her mother, Erica Huddy, was a singer/performer. The Television personality is the sister to John Huddy Jr. Her brother is a former Fox News journalist based in Jerusalem. The now 51-year-old lived in Miami Beach, Florida, until she was age 11. When her father began getting promotions to new stations, the family started to move frequently.

Because Juliet’s parents were both well-established in their careers, Juliet and her brother were raised without any difficulty. As for her academic qualifications, she graduated from Langley High School (McLean, Virginia) in 1987 and earned a degree in political science with a minor in sociology at the University of Missouri.