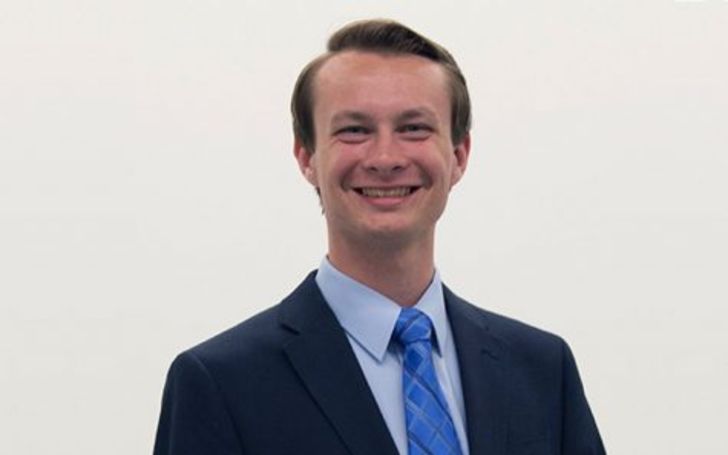 Journalism is not anyone’s cup of tea, and we can understand why people don’t tend to pursue this line as their career. But America’s rising journalist Josh Croup has been continuously working full-time as a news anchor and reporter at WDTV 5 News. He has also worked as a media relations staff for Pittsburgh Penguins and social media coordinator at AT&AT SportsNet. Know all you want about the talented journalist’s life in the section below!

Is WDTV Anchor Josh Croup Married? What is His Relationship Status?

Like most journalists around the world, Josh Croup also likes to keep his personal life as low-profile as he can. To this day, he has been keeping the information of his marital status to himself

The former NHL Network production runner is active only on Twitter, but he maintains professionalism by only posting things about his job.

Most of the time, he is busy preparing and anchoring for his work, but in his free time, he likes to spend time with his close ones. At present, Croup is living with his family in Bridgeport, West Virginia.

Josh Croup’s Net Worth And Career

Check out the clip of Josh Croup doing his job!

Since May 2018, WDTV 5 News, he is working as an anchor for 5, 5:20, and 6:00 newscasts every Monday through Friday. Furthermore, he also covers the news of the day in North Central West Virginia based news channel.

Josh Croup was born and grew up in Butler, Pennsylvania, United States. He studied at Butler High School. Likewise, he received a Bachelor’s Degree in Broadcast Journalism and Junior from Point Park Univeristy, Pittsburgh, Pennsylvania, in 2018.

For his works, he has been nominated for two Mid-Atlantic Emmy awards and won the 2017 distinction in the college/university talent category. Moreover, while working at Point Park University, he served as the editor-in-chief of the student-run newspaper and news/sports director of the campus television station.

You May Also Like To Read: WDTV Journalist Veronica Ogbe’s Net Worth And Personal Life!

He is the recipient of 2019 Associated Press Virginias Awards for Best Reporter and Best Specialty Reporting and the winner of 2019 WVBA Awards.

For more similar celebrity related articles, be sure to visit the website Featured Biography!