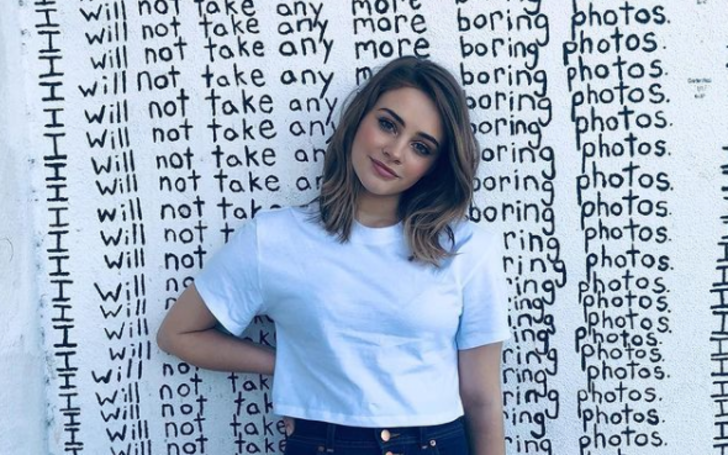 Josephine Langford is basically every Wattpad reader’s dream come true. If you don’t know, she’s a popular Australian actress who got fame for portraying Tessa Young’s role in the Wattpad based movie series ‘After.’ The author Anna Todd started the book by initially publishing it on the storytelling platform aka Wattpad. After the success of generating millions of views on reading, the book was acquired by Paramount Pictures. Hero Fiennes Tiffin plays the male protagonist role. From the popularity of the movie series, Jo’s spiked curiosity all over the world, follow the read here to look at a list of details on the gorgeous actress.

What Is The Net Worth of Josephine Langford?

Josephine Langford started her career as an actress at the age of 14. It would be safe to say that she’s managed to gain a lot of experience in a short period of time and still has a long way to go. She’s managed to gain recognition and success not only professionally but also financially. The success of her movie series After has brought her colossal attention, getting more and more movie deals.

Now explicitly talking about her net worth, the gorgeous actress is yet to make a public statement about her net earnings as of now, but that doesn’t stop experts from making an assumption about her stacks of greens. According to sources, Josephine enjoys a sumptuous net worth collection of $1 million as of 2020. Her movie After made a box office collection of $69.7 million with a $14 million budget.

Josephine Langford’s interest in acting began from her early days at the mere age of 13, which led her to take acting classes at Perth Film School. Just after a year of schooling, she appeared in several short films like Gypsy Blood, Sex Ed, When Separating, etc. Even though they were small roles here and there, she did a fine job making an excellent showcase of her talent.

The 23-year-old also appeared in movies like Wish Upon, Wolf Creek before she was cast in the adult fiction movie After in 2018. She even won a Teen Choice Award for her role as Tessa Young in the film. The movie has its following parts After We Collided, After We Fell, and After Ever Happy, which is set to release till 2022.

Here comes the most asked question that fans are dying to hear. Is the on-screen chemistry something we can look forward to in real life? Well, we’re sad to disappoint as the two leads Josephine Langford and her co-star, Hero Fiennes Tiffin, are nothing but good friends for the period.

Both of the actors are strictly private when it comes to their personal lives sharing minimal things on their social media handles. For now, Josephine has neither any talks about the previous relationship or any ongoing one at that. Apparently, she’s too busy focusing on her career to think about her dating life.