Jessica Vilchis has a dynamic career which is an actress, host, model, and spokesperson. Here are the details about her relationship status, net worth, and career. 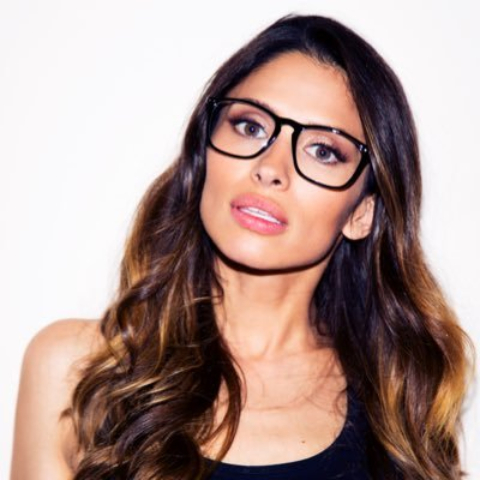 Jessica Vilchis has never talked about her romantic life openly. As such, there is no information about her dating history. She has never been linked to anyone. But as of now, Jessica is happily married. However, she has never shared anything about her husband and their romantic life. The two married in 2015.

It is unclear where and when their romance started. However, the pair’s romance has produced two beautiful children. They have two sons, but their sons’ names are undisclosed. Vilchis frequently shares pictures of her children in her social media profiles but has never shared any pictures of her husband. The actress currently resides in Los Angeles with her family.

Jessica Vilchis Net Worth and Career

Jessica Vilchis is an actress, host, model, and spokesperson. She is well-known for The Break-Up, How I Met Your Mother, and Miss March. The model started her career in the glamour field by modeling at the age of 9. Her career began at the age of 12 when she appeared in a national TV commercial for Betty Crocker.

The actress has shown her acting skills in CBS’s The Unit, How I Met Your Mother, CW’s The Game, The Break-Up, Miss March, ABC’s Desperate Housewives, and Revenge. She has also been the spokesperson for numerous companies like Bally Total Fitness, Spanish Spokesperson, Cricket Wireless (English & Spanish), and MGD 64caster.

She began her hosting career in school when she anchors for her high school’s News Station. Vilchis has hosted numerous companies such as Break Media, Style Scene for Style Network, Vlaze.com, GoTV (now Phunware), Team USA’s Road to London: 2012 in conjunction with NBC Universal Sports and E! News Now.

The model is currently co-anchoring “Court Report” for The Tennis Channel and has been the NBC4 Los Angeles Station Host since 2009. Jessica has her wealth undisclosed to the public. However, according to the sources, she has estimated net assets of $300,000.

Jessica Vilchis was born on September 19, 1985, in Mexico City but grew up in Chicago. She is of Mexican and Russian descent. Her father, Jose Vilchis, was in the Olympics representing Mexico in Gymnastics while her mother was on the national rhythmic gymnastics team in the USSR. Her mother is a Russian, and her name is unknown. The now 35-year-old attended Miami University in Oxford, Ohio, and received a degree in Psychology.

In her freshman year at Miami University, she was on the swimming and diving team as a springboard diver. After completing her college, the host moved back to Chicago to pursue acting full-time. The NBC4 host started attending dance lessons since she was 7. She continued acting/modeling throughout elementary school and part of high school. Growing up, she used to compete in Gymnastics, Ice-skating, or Diving.