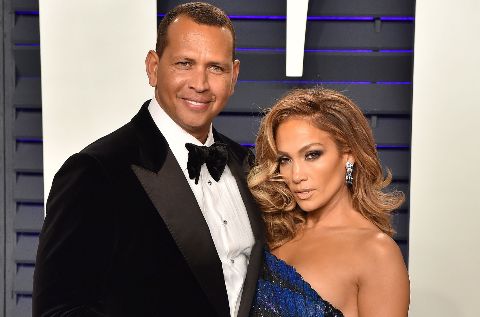 As per TMZ, the power couple heavily discussed things through Friday night about their children. According to sources, there were many tears involved as they didn’t have time to tell their children of the news before things got out of hand and the media published the information.

The award-winning singer shares twins Max and Emme with her ex-husband Marc Anthony whereas her partner Rodriguez shares daughters Natasha and Ella with his ex-wife Cynthia Scurtis. Throughout the two years, all the children have been extremely close to each other, and the news shocked everyone of their normality.

On Saturday morning, both the pair shared a statement that said, “We are working through some things.” Sources said that the kids are hopeful that things might work out, “J.Lo and A-Rod are still engaged, but like all couples experience, they are having some difficulties,” They also added, “They had been going to therapy last year to help sort through things out in their relationship.”

Not to miss the insider revealed that “Both J.Lo and A-Rod’s kids definitely want them to work things out and want their parents to be happy, whatever that might entail, heir kids have grown to be so close and they are all hoping for the best. They still love each other and remain together.”

You may also like: Michelle Obama Shares Her View on Prince Harry and Meghan Markle’s Oprah Interview

The couple never officially broke up with each other, and the reason for their separation is certainly not due to a third party. That’s all for now, and we’ll make sure to let you know if there is any other news on the matter.