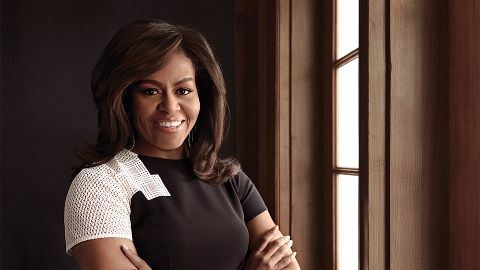 After the whole fiasco about Harry and Meghan Markle’s Oprah interview went down, Michelle Obama also shares her view on the matter.

Former First Lady Michelle Obama also gave her input on Prince Harry and Meghan Markle’s Oprah interview premiered on March 07, 2021. In the interview, the royal couple dropped a couple of bombshells where they openly discussed their time in the palace.

The Duchess also shared that she’d have people prying over concerns over her son Archie’s color before his birth, and she also faced suicidal tendencies in the midst of her time in the palace. While the White House had already given their statement on the matter, Michelle Obama just spoke her mind in an interview with Today.

The 57-year-old opened up with Jenna Bush Hager about the interview and the reasoning behind the royal couple’s decision to step away from their royal duties and move to California. When talking about racism, she related to her own difficulties of living a life of public service. She said that public service is a “bright, sharp, hot spotlight, and most people don’t understand it, and nor should they.

Michelle also pointed out the concerns on Archie’s skin color as “heartbreaking to hear, that she felt like she was in her own family — her own family thought differently of her.” She added, “As I said before, the race isn’t a new construct in this world for people of color, and so it wasn’t a complete surprise to hear her feelings and to have them articulated.”

You may also like: All To Know About Breaking Bad Actor Aaron Paul

The mother of two concluded her train of thoughts as, “I think the thing that I hope for, and the thing I think about, is that this, first and foremost, is a family. I pray for forgiveness and healing for them so that they can use this as a teachable moment for us all.”