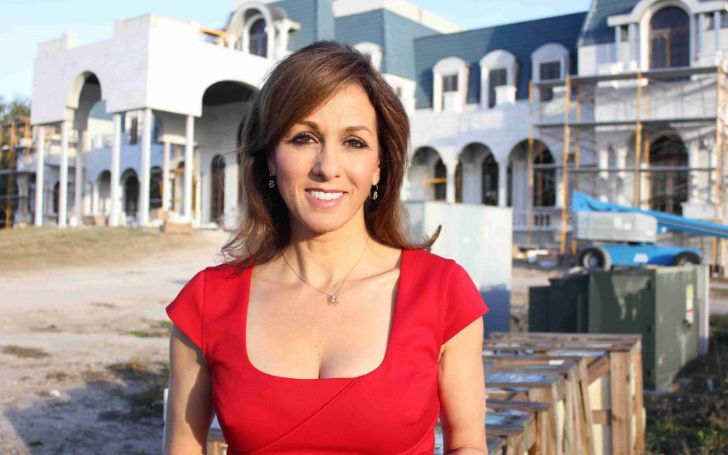 Delivering accurate and reliable news is never an easy thing to do, especially when people all around the world is watching you, but American journalist Janet Shamlian has been doing wonderfully for years. She currently works for CBS News as a correspondent. In the past, she worked for NBC News, WBB-TV, KHOU-TV, KPRC-TV, and WOOD-TV. Learn all the information we have collected about Shamlian’s life here!

Is Veteran Journalist Janet Shamlian Married? Does She Have Any Children?

Janet Shamlian is a married woman and is in wedlock with her husband of many years. However, to this day, she has kept the identity and other details of her partner’s life a secret.

The former NBC News reporter is active on social media and is active on Instagram and Twitter, but she has not even once posted any picture with her spouse. It might be due to the nature of her job; she has always tried to keep it in the dark.

From her many years of marriage, she shares five children, three daughters and two sons with her companion. At present, she is living in Houston with her lovely family.

Janet is usually busy with her news anchoring and reporting, but in her free time, she likes to spend time with her close ones. She is an avid animal lover and has a pet dog, Bella.

Janet Shamlian’s Net Worth And Works

Janet Shamlian holds the net worth of $4 million from her career as a journalist. By comparison, her colleague Anne-Marie Green at CBS News has a net worth of $1 million.

In her illustrious career, which spans three decades, she’s worked with prestigious news companies. She was a reporter at WWBBM-TV, which is a CBS station in Chicago. Likewise, she also worked at CBS affiliate KHOU-TV and weekend news anchor at KPRC-TV, both based in Houston.

Check out the clip of Janet Shamlian reporting for MSNBC from the field!

The talented lady served as a reporter at NBC News for a decade reporting for Today, NBC Nightly News, and MSNBC.

At the moment, she is working at CBS News as its correspondent. She has featured in CBS News broadcasts like CBS THIS MORNING, the CBS EVENING NEWS and CBSN, CBS News’ 24/7 streaming news service.

Janet Shamlian was born on May 14, 1962, in Oak Park, Illinois, United States. She grew up in Park Ridge, Illinois.

As for her studies, she attended Marine South High School in Park Ridge, Illinois. Later, she received a bachelor’s degree in Journalism from the Missouri School of Journalism.

Janet stepped into the journalism profession working at WOOD-TV in Grand Rapids. As a journalist, she has covered many prominent national and international events and stories. For her works, she is the recipient of prestigious awards, which include several Emmy Awards, Peabody, an Alfred I.DuPont-Columbia University Award.