Jakob James Nowell is the son of the late American singer and guitarist, Bradley Nowell and it’s interesting how he has turned into a fine singer and guitarist himself, like his father. Here are the details about his relationship status, net worth, and early life. 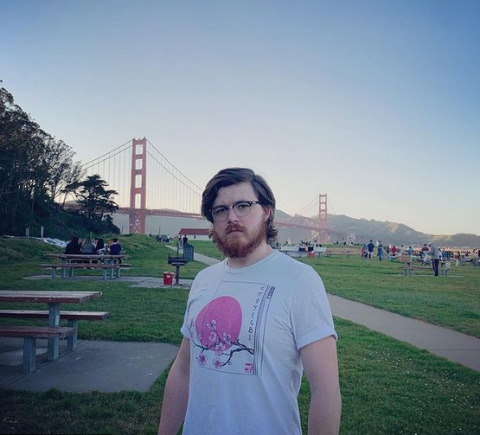 Jakob James Nowell is engaged to his long-time girlfriend, Ashlyn Zeda. Ashlyn is a Marine Biology student. The two met each other in 2014 and started dating almost around the same time.

After five years of dating each other, Jakob proposed to her for engagement. The proposal was iconic because he proposed to her before a crowd on stage at one of his concerts by going down on one knee with a ring in his hand. The day was September 22, 2019, and with that event, they got engaged officially.

Later on, the two went on to share the event on their respective Instagram profiles announcing that they had gotten engaged. The pair have not yet revealed their marriage date, but it’s reported that they will get married soon enough. Looking from their social media profiles, they seem to be head over heels in love with one another.

Jakob James Nowell is a singer and songwriter. He is also known for being the only son of the late American singer and guitarist of the band Sublime, Bradley Nowell. The singer chose the same career path as his father, which he was interested in very early. His grandfather played a great role in building his career; he learned to play the guitar from his grandfather.

Nowell is the founder of the rock band LAW and serves as the frontman of the band. The band was founded in 2013 in Long Beach, California. Aside from him Jakob, the vocalist of the group, it consists of the other members, namely, Nick Aguila (Drums), Logun Spellacy (Bass), and Aidan Palacios (Guitar). The band has already released a few music videos like Locked Away in San Diego, Blinking, Cold, and others.

Having battled addiction for a prolonged time, the songwriter advocates for drugs and alcohol addiction. In honor of his old man and learning from his own life experiences, in 2017, he founded the Nowell Family Foundation along with his other family members. The foundation aims to give a helping hand to the members of the music business for treating addiction. As for his net wealth, the celebrity kid has not disclosed it yet. However, according to the sources, it is estimated that his net worth is $300,000.

Jakob James Nowell was born on June 25, 1995, in Long Beach, California. He was born to the late American singer Bradley Nowel and Troy Dendekker. His parents were a well-known couple in the 1990s. He is the only son of the former couple.

When the celebrity kid was only 11 months old, his father Bradley lost his life to heroin overdose. After 7 years of the tragic incident, his mother remarried Kiki Holmes, a.k.a Keith Holmes. He has three half-siblings: two half-sisters and a half-brother from his mother’s second marriage; Erica Angel, Mary Jane Honnie Junie, and Rudi Holmes.

At a very young age, the now 26-year-old fell in love with music. He got all the support from his grandfather, who taught him how to play the guitar. He had started performing from a very early age. He did his first show while still in elementary school. As a teenager, he started drinking and got addicted to it. He struggled with his addiction for 10 years before finally being able to get out of it.