Ian Reed Kesler is an actor and director who began working at a very young age and is now one of the prominent figures in Hollywood. Let's find out about his relationship status, net worth, and childhood. 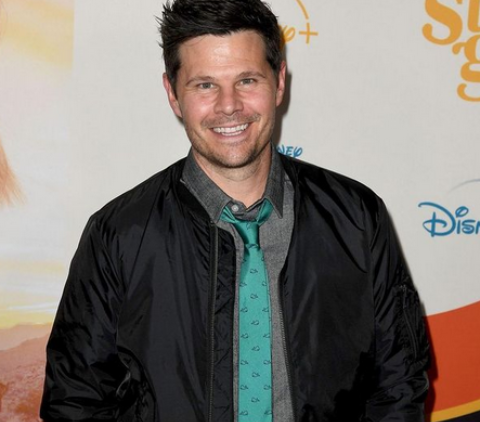 Ian Reed Kesler is a married man. He’s been happily married for a long time and has two children. There is no information about his wife because she is not a public figure. The husband and wife have not opened up about their dating days and wedding.

The couple is the parents of two children, a son and a daughter. Their children are both still young. So far, they have kept their children out of the spotlight. The family now lives in Los Angeles, California. Ian occasionally posts photos of his wife and children on his Instagram account.

Ian Reed Kesler is a director and actor. He is well-known for his roles in Sydney to the Max, Suits, and 500 Days of Summer. In 1999, the now 44-year-old made his acting debut in an episode of Law & Order: Special Victims Unit.

Kesler began his career in 1999 with the TV series Law & Order: Special Victims Unit, in which he played Jimmy G. He has since appeared in several other television shows, including Birds of Prey, CSI: Miami, Back to You, Life, Castle, Weeds, and the Millers, to name a few. He has also acted in some films, including Off The Menu, Extremely Used Cars: There Is No Hope, Politics of Love, Below the Beltway, Dark House, and Stone & Ed.

The actor had started working at a young age. He co-hosted a local television series for kids and teens called “What’s Up?” when he was only 13. The show aired on WKBD-TV in Detroit. For this work, he was nominated for a Regional Emmy Award in the category of Best Program Talent four years in a row during the five years that series was on the air.

Ian has also lent his voice to a few video game characters. He provided the voice for the character Picoli in the 2004 video game Full Spectrum Warrior. He also provided voice work for Hale and Mark‘s characters in Guild Wars 2, a video game released in 2012. The actor has not disclosed the exact amount of his net wealth. However, according to sources, his net worth is estimated to be $900,000.

Ian Reed Kesler was born on February 13, 1977. He was born and raised in Birmingham, Michigan, the U.S. There is no information about his parents or siblings. Kesler has kept his family out of the limelight.

In terms of academic credentials, the now 44-year-old graduated from a local high school. He then attended Albion College, a private liberal arts college in Albion, Michigan. In 1999, he graduated from Albion College. He went on to pursue a career in acting after finishing his studies.