Tina Lifford is an actress, author, and playwright who has made a name for herself as an actress and in other fields. Here are some facts about the celebrity's dating life, net worth, and childhood. 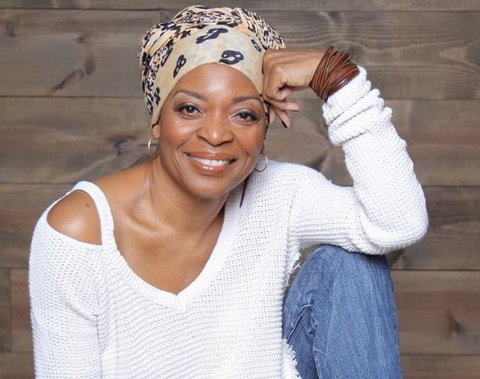 Tina Lifford is extremely private about her relationship status. So far, there have been no linkup rumors about her. Although she has stated that she has dated younger men and men of a different race and nationality than herself, she has not revealed the identities of her ex-boyfriends.

Tina’s marital status is unmarried at the moment. She has never previously been married or engaged. She is very active on her Instagram account. Nothing in her profile suggests she is involved in a romantic relationship.

Tina Lifford is an American actress, author, and playwright. She is notable for her roles in Grand Canyon, Mandela and De Klerk, Blood Work, Hostage, Parenthood, and Scandal. The now 67-year-old actress began her acting career in 1983 and has been in the business for over 30 years.

Lifford made her acting debut in the television series Hill Street Blues, where she played a Stenographer. She then went on to appear in numerous other television series, including Amen, Tour of Duty, Hunter, Gun, Family Law, and Cold Case, to name a few. She has also acted in many films, including Nuts, Colors, Wedlock, Hostage, Panic, and Babe.

Tina is also a published author. She wrote the book The Little Book of Big Lies. Forbes named the book the best personal development book. Furthermore, the book was named a Book Authority 2020 Best Meaning of Life Books of All Time winner and a Nautilus Book 2019 Gold Award winner in the personal growth category. She is currently progressing on her second book.

The actress is also a playwright and the founder and CEO of The Inner Fitness Project, a personal development network that teaches people to focus on thriving rather than surviving. The author has not yet made her net worth public. However, it is estimated to be $900,000, according to sources.

Tina Lifford was born on May 1, 1954. She was born and raised in Evanston, Illinois, the United States, in an African American family. Her parents are David and Dorothy Lifford. She was raised with her three siblings: a brother and two sisters.

Lifford has two sisters, Marlene and Pam Lifford, and one brother, Steve Lifford. She suffered a series of devastating losses at a young age. Her brother, Steve, died as a result of a drug overdose. She suffered another major loss when her father, David, died six months later.

The actress attended Foster School and Washington School in Evanston in terms of education. She did further studies at the University of Santa Monica in California. In 2005, she graduated from there with a degree in Spiritual Psychology.

The now 67-year-old has always had a passion for acting and aspired to be an actress since she was a child. Her family relocated to Los Angeles so that she could pursue her dreams. Her first job, however, was as a public relations specialist. She then began taking acting classes and auditioned for the local community theater whenever she could.