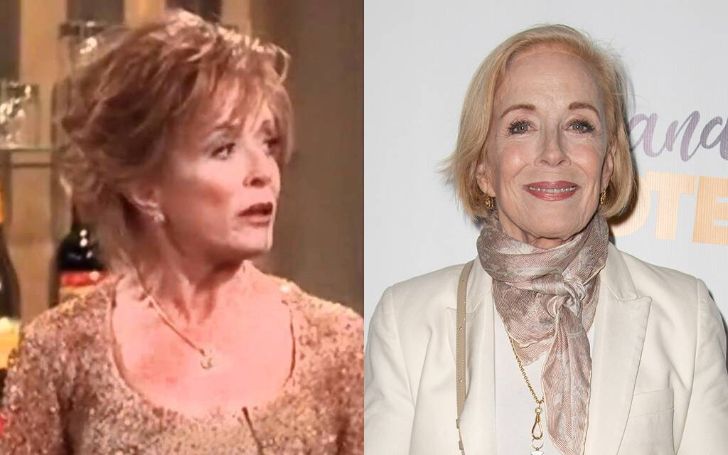 Born on January 14, 1943, veteran actress Holland Taylor might not be at the peak of her career, but she continues to work in Hollywood. The 1999 Emmy Award winner is best known for Judge Kittleson’s role in the ABC show, ‘The Practise.’ Besides you could also recognize her as Evelyn Harper, the mother of lead character Alan Harper in ‘Two and a Half Men.’ Let’s get to know the net worth and personal life of the 77-year-old diva.

Through her works in films and television shows for over five decades, actress Holland Taylor not just rose to global prominence but also amasses a massive fortune. Specifically, she owns a staggering net worth of $18 million as of 2020.

The actress featured in some top shows like ‘Bosom Buddies’ and ‘The Powers.’ As the influential character in ‘Two and a Half Men,’ the veteran playwright contributed big time in Hollywood movies as well. She featured in several hit projects like ‘Cinderella II: Dreams Come True,’ ‘Home Room,’ and ‘Bombshell.’

Recommended: The biography of Lori Petty: Love life and wealth!

Aged 77, Taylor isn’t tired of working and earning big bucks yet as she has multiple upcoming projects in 2020 itself. In fact, two of her movies, ‘The Stand-In’ and ‘Bill & Ted Face the Music,’ are currently in the post-production stage. However, they might be postponed due to the ongoing COVID-19 pandemic.

Unlike the past times, the LGBT community’s promotion worldwide helped veteran artists like Holland Taylor, explore her interests. Surprisingly, she is gay and lucky for her; she found her partner in fellow actress Sarah Paulson. What’s more astonishing is the fact that Taylor’s soulmate is 32 years younger than her.

Taylor and Paulson, both remarkably successful women in Hollywood, started dating since 2015. Since the newly made LGBTQ relationship is often hyped, they fell victim as well since the media tracks every detail of their affair.

I am in love, and that person happens to be Holland Taylor.

In an interview with the New York Times in 2016, Sarah confirmed her affair with Taylor. In addition to that, she told on the age gap issue of how her choices in romantic partners are ‘not conventional.’ Five years into their romance, there isn’t any news on whether the 77-year-old Holland Taylor is looking to get married to her girlfriend or not. Only time will tell.

Also See: Know everything about actress Allison Tolman: Net Worth and Love Life.

Holland Taylor met her soulmate a decade before they actually started dating. Interestingly, they were seeing other people back then but followed each other on their Twitter. For someone as old as the actress from the 1960s, falling in love on social media seems quite surprising. Furthermore, she acknowledges the age difference and has no problem with it, unlike the media who made a big fuss out of it.

Veteran actress Holland Taylor was born in 1943 in the city of Philadelphia, Pennsylvania. Little did her middle-class parents, mother Virginia Davis, a painter, and father Tracy Taylor, an attorney, knew that her daughter would change the family’s entire lifestyle. As it comes to siblings, she shares a bloodline with two elder sisters, Patricia and Pamela.

For her academics, she went to a high school at a boarding school, Westtown School, in her hometown itself. In pursuit of her Hollywood dreams, she studied acting and majored in drama at Bennington College in 1964. She started working in the theatres in the early 1960s before moving to New York to get roles in front of the cameras.

For more news and updates about your favorite actors, please stay with us at Featured Biography. 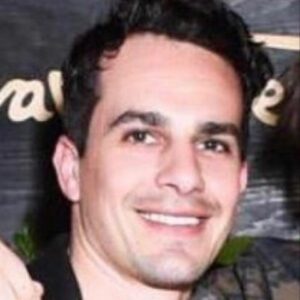