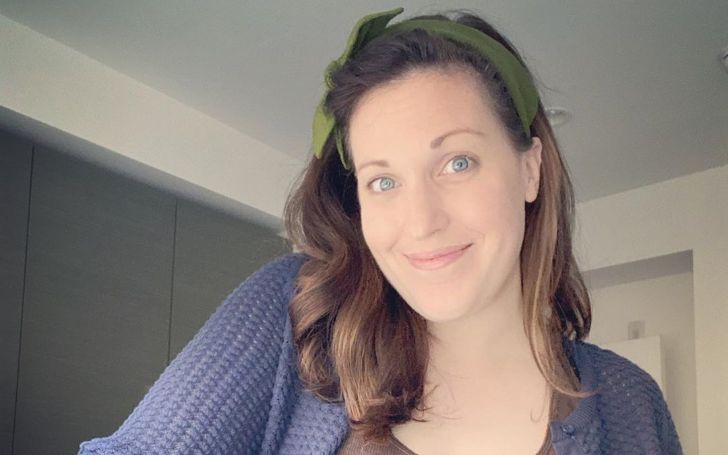 Allison Cara Tolman, born on November 18, 1981, is a talented actress in the American entertainment industry. Some of her best roles include the influential character of Molly Solverson in the pilot season of ‘Fargo.’ Ever since starting the television journey in ‘Prison Break’ in 2006, the diva continued to burn the midnight oil to become a household name.

Allison Tolman’s Net Worth Makes Her A Millionaire

Thanks to her sixteen active years in Hollywood, Allison Tolman earned herself the tag of a ‘multi-millionaire.’ Specifically, she amasses a staggering net worth of $3 million as of April 2020. With some vital credits in ‘The Gift’ and ‘Prison Break,’ Tolman makes far more than $50,010, the average annual salary of an actress.

Talking about the source of such substantial income, the full credit goes to Tolman’s work in movies and television shows. Initially, she debuted in the reputed ‘Prison Break’ in a minor role of a nurse. Ever since she never looked back and continued to feature in several movies and TV shows. She went on to play in movies like ‘Family’, ‘Killing Gunther’, and ‘Krampus.’

Her breakthrough came when she played the leading role of Deputy Molly Solverson in ‘Fargo.’ Consequently, she received a Critics Choice Award for the performance. In addition to that, she also received nominations for Golden Globe and Primetime Emmy Award.

The 38-year-old also appeared in two episodes of the ABC sitcom, Brooklyn Nine-Nine as Captain Olivia Crawford in 2 episodes. Besides, some of her latest projects involve Castle Rock and Emergence. In the latter, she is a series regular as Jo Evans. Likewise, her latest big-screen appearance was in ‘The Last Shift’, which released on January 27, 2020. You could see her star alongside the likes of Richard Jenkins and Da’Vine Joy Randolph.

While Allison Tolman’s career is nothing short of success, she hopes to carry the same luck in her personal life. Luckily, she has a boyfriend named Tim Mcclean to share all her happenings, including the good and bad news. The two have been dating for almost a decade now. However, they haven’t decided to get engaged or marry until now.

Allison and her boyfriend, Tim, went to Italy in 2014 to attend a television ceremony. Interestingly, they visited different Italian cities, including the Coliseum. The actress kept her romantic detail to herself until 2017 when she finally revealed the big news via a tweet. Similarly, the actress further posted an Instagram picture with her beau on the occasion of Valentines’ Day 2019.

For more than a decade of dating, not much is known on why the lovebirds are taking things slow. Only time will tell if they actually intend to get married or not.

The Texas-born diva, Allison Tolman, wanted to become an actress at a young age. Thus, she pursued it right away at the age of 10 by taking acting classes at the Second City Training Center. Later, she became one of the founding members of the Second Thought Theatre, where she performed so many plays.

Born in a middle-class family to parents, Davis Nichols Tolman and Valerie Clohessy, the actress went on to build an empire full of riches. As per her siblings, she had three to share her childhood with. The 38-year-old completed her BFA degree from Baylor University, and ever since, she worked on the non-profit Second Thought Theatre.

Recently, she lives in a lavish house in Chicago with her pet cat named Annie.