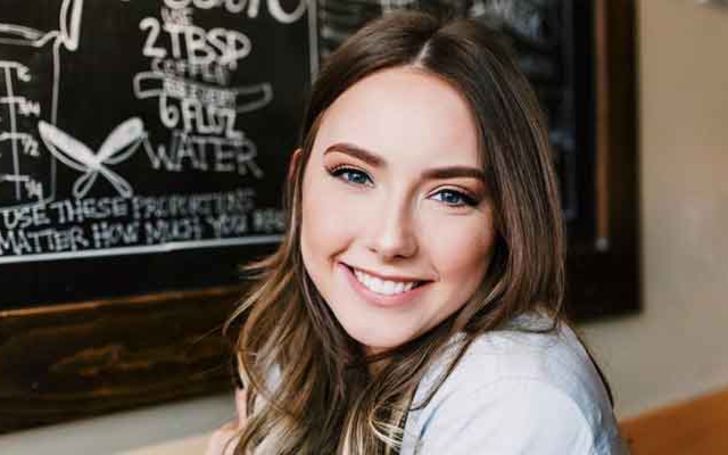 Learn about the daughter Hailie Jade of the famous American rapper and songwriter Marshall Bruce Mathers III aka Eminem. Marshall Bruce Mathers III, best known by his professional name Eminem, has had a rap career like no other. Considered as the greatest rappers of all time, he’s an absolute music legend with 15 Grammy Awards, eight American Music Awards, 17 Billboard Music Awards, an Academy Award to his name.

Eminem is also one of the best-selling music artists of all time. To date, his worldwide record sales have crossed 220 million in number. But for Eminem, his achievements, successes, and honors mean little when it comes to his daughter. Actually, for him, his daughter Hailie Jade has made him more proud than any prestigious awards or accolades he’s won.

Eminem’s daughter Hailie Jade rarely comes into the limelight, but in recent years, she’s been gaining a lot of media attention. For those who know very little about her, we compiled the details of her life below.

Eminem and Kimberly Anne ‘Kim’ Scott were high-school sweethearts. The ex-couple married twice, first in 1999 (and divorcing in 2001) and remarrying in January 2006 (and divorcing in April of the same year). They’d been in an on-and-off relationship since 1989.

Eminem and Kim welcomed their daughter Haile Jade Scott Mathers on December 25, 1995. After their second divorce in 2006, he agreed to joint custody of Hailie. In addition to Hailie, Eminem also has custody of Alaina, his sister-in-law Dawn’s daughter, and Whitney, Kim’s daughter, from another relationship.

In a Hotboxin podcast episode released on March 19, 2020, Eminem talked about how he was very proud of his daughter Hailie. He also went on to say that raising kids has been his greatest accomplishment.

‘No babies, she has a boyfriend, but she’s doing good,’ Eminem said in the podcast, as per Daily Mail. ‘She’s made me proud for sure. She’s graduated from college.’

Also See: Find out about the Age, Wiki, Bio, Net Worth and Personal Life of Don Swayze

Eminem also discussed how raising two of his nieces has also made him feel accomplished. ‘I have a niece that I have helped raise too that’s pretty much like a daughter to me, and she is 26,’ he said. ‘And I have a younger one that’s 17 now. So when I think about my accomplishments, that’s probably the thing I’m the proudest of is being able to raise kids.’

Eminem raised his daughter Hailie Jade in Detroit, Michigan. Despite growing up as a child of a music star, she did not get too much spoiled by the luxury and wealth as a child. She was brilliant in her academics and graduated from Chippewa Valley High School in 2014 with the highest honors.

After completion of her high school education, Hailie Jade attended Michigan State University. There, she majored in psychology and graduated with a Bachelor’s degree in 2018. After her college graduation, she considered becoming a social media influencer as a career. And she’s making progress in the area. So far, she has over 2 million followers on her Instagram account.

Check Out: Learn about the Age, Wiki, Bio, Net Worth and Personal Life of Albert DePrisco

Hailie Jade lives independently from her father, Eminem. She owns a four-bedroomed house in Detroit, Michigan, which is just minutes away from her family home. She visits her mom regularly, who raises her half-siblings, Whitney and Parker.

One thought on “Hailie Jade”