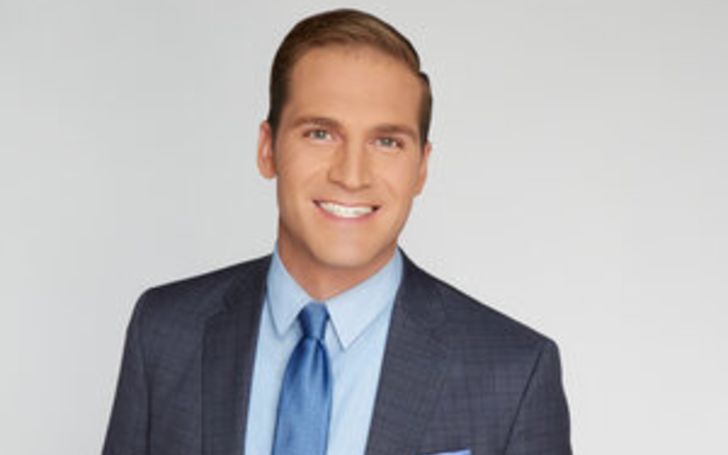 Grady Trimble is someone who is genuinely dedicated to gathering and delivering news to the public. He is an American journalist who serves as a news reporter for FOX Business and FOX news. He has the experience of working in news channels like WTSP-TV, WCSH 6, WLBZ 2, and Spinnaker Television. Stay till the end of this article as we unfold and take a quick look on his professional and personal life!

Is Grady Trimble in a Relationship Status With Anyone? How is His Life Going on?

Grady Trimble appears to be single and not in a relationship with anyone at the moment. The man has not disclosed anything regarding his relationship status till now.

The talented journalist is active on social media and shares about his lifestyle, but to this day, there has never been anyone who seems like his girlfriend.

You May Also Like To Read: Fox Business Network Reporter Lauren Simonetti’s Married Life And Kids!

The former WLBZ reporter is a good looking guy, and surely many girls would line up to become his lover. But for now, he looks focused on his career, and nothing seems to come in his way from doing what he loves to do.

Grady is most of the time busy doing his job, but in his spare time, he likes to travel and hang out with his close ones. He gives insight into his private and professional life through his Instagram, Twitter, and Facebook. He is currently residing in Chicago with his family.

Grady Trimble’s Net Worth And Career

In his career, he has worked in several news channels, starting his career at WLBZ in Bangor, Maine. After that, he worked as a reporter at WCSH 6 in Portland.

Check out the clip of Grady Trimble reporting the business during coronavirus!

In May 2016, he joined WTSP-TV, where he remained for three years serving as a multi-skilled journalist. He came to FOX Business Network in July 2019 and has been there ever since. For FOX, he covers news related to the automotive industry, aviation, agriculture.

Grady Trimble was born in Jacksonville, North Florida, United States. As for his education, he received his Bachelor’s Degree in Communication from the University of North Florida in 2014. While at North Florida, he was involved in sports and played Division I soccer.

The charming reporter began his career as a student working at First Coast News WTLV/WJXX in Jacksonville, Florida, when he was 19 years old.

As a general assignment reporter, he has covered major business news stories like the economic impact of the coronavirus pandemic, and the General Motors worked strike in 2019. Most recently, he covered the reports on protests in Chicago following George Floyd‘s death.