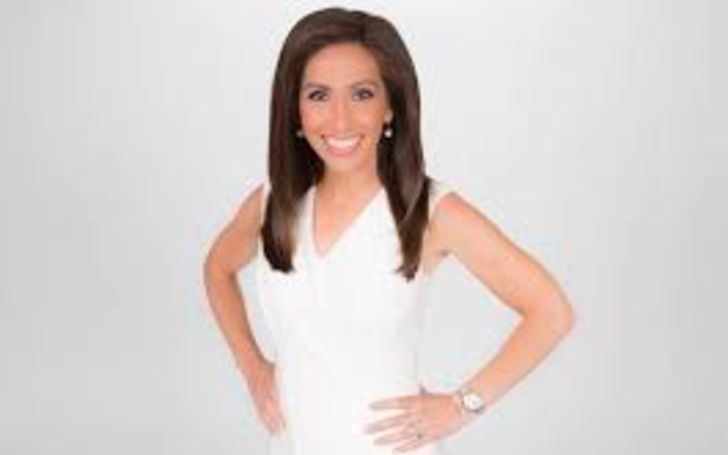 Lauren Simonetti is an American journalist who has been serving as a field producer and a reporter for the well-known news channel FOX Business Network for a long time. She has the experience of working as a writer and producer for world-famous news company CNN. Let’s take a closer look at Lauren’s life about her life!

Lauren Simonetti is in a blissful marital life with her husband, Mark Cubrilo. Her partner Mark is a satellite engineer and field engineer with Fox News Channel in Manhattan.

The lovely pair walked down the aisle in the presence of their family and close ones on October 01, 2011. The vows exchanging ceremony took place in the Crystal Plaza, Livingston, New Jersey.

It has been over nine years since the FOX Business Network reporter’s wedding with her partner; the two seem to get along well in their wedding life.

You May Also Like: Female Visual Artist And Designer Renee McShane’s Relationship Status And Personal Life!

From their marraige, the couple has two children, a son and a daughter. They welcomed their son Mark Jameson Cubrilo on April 17, 2018. The pair are gearing up in raising their kids in the best way they can.

Due to her line of work, Simonetti is most of the time busy at her office. However, she likes to travel and enjoy quality time with her family. She is currently residing in Manhattan.

Lauren Simonetti’s Net Worth And Career in Journalism

From her years in the profession as a journalist, Lauren Simonetti possesses a net worth of $2 million. By comparison, FOX 29 News sports reporter Hannah Trippett holds a net worth of $700,000.

For years now, she is serving actively in various areas of journalism. She worked as an associate producer at CNN. Moreover, for the company, she also wrote programs Headline News and CNN International news.

Check out the clip of Lauren Simonetti anchoring FOX Business program After The Bell!

Since September 2007, she is at FOX Business Network, where she is working as a reporter and co-anchors weekdays 5 AM news FBN: AM. In the beginning, she was a field producer and also served as a production assistant for the program Lou Dobbs Tonight.

Lauren Simonetti was born and grew up in New York, United States. Her parents are Janet Simonetti and Raymond Simonetti. She is of Italian-American ethnical background.

In her news reporting and anchoring career, she’s covered some of the major economic news and event all around the world. She presented events like the 2008 financial crisis, the bankruptcy of Lehman Brothers, the impact of the Gulf oil spill, the Bernie Madoff Ponzi scheme. Furthermore, she also interviewed high officials and executives at the New York Stock Exchange, NASDAQ, NYMEX, and Chicago Mercantile Exchange.