Georgina Hope Rinehart is a mining billionaire and heiress from Australia. Rinehart is the Executive Chairman of Hancock Prospecting, which was founded by her father, Lang Hancock, and is a privately held mineral exploration and extraction firm. 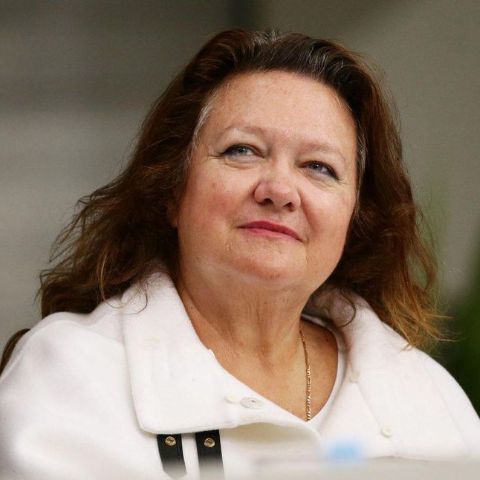 Gina Rinehart is most well-known for being the wealthiest person in Australia and one of the wealthiest individuals in the world. Gina is the Executive Chairwoman of Hancock Prospecting Group, which she inherited from her father. She is a mining heiress from Australia with a net worth of $31 billion.

The heiress owns Hancock Prospecting, a holding company for her family’s enterprises. The corporation owns the Hope Downs mine to the tune of 50%. Rinehart owns 70% of the Roy Hill iron ore deposit in Western Australia’s Pilbara region. She owns 18% of Lakes Oil and 8% of Ten Network Holdings.

The billionaire has luxurious properties in several Australian cities, a collection of luxury automobiles, and a private plane for air travel. She does a lot of charity, but she attempts to minimize her contributions. Rinehart is committed to women’s issues and has funded the establishment of an orphanage in Cambodia.

After her father died in March 1992, Gina Rinehart took over as Executive Chairman of Hancock Prospecting Pty Limited (HPPL) and the HPPL Group of enterprises. She applied for the Roy Hill Tenements five months after her father died. Hancock Prospecting now owns 50% of Hope Downs and receives 50% of the 4 Hope Downs Mine income. In 1999, the state government of Western Australia named a mountain range after the family.

The 67-years-old invested in media companies in 2010, becoming the largest stakeholder in Fairfax Media and acquiring a big position in Ten Network Holdings. Rinehart was named Australia’s wealthiest person for the first time in 2011, a position she still holds. It was stated in 2012 that her wealth had grown enormously since 1992, owing to her opposition to the Australian federal government’s efforts to tax the mining industry. The recent mining boom powered by coal and iron ore has significantly increased her bottom line.

Gina Rinehart met Englishman Greg Milton in 1973 when she was 19, and he was working in Wittenoom. Around this time, Milton altered his surname to an earlier family name–Hayward. In 1976, they welcomed a boy, John Langley, and Bianca Hope‘s daughter the following year. The couple divorced in 1981.

In Las Vegas, she remarried business lawyer and Arco executive Frank Rinehart in 1983. Rinehart had obtained a scholarship to Harvard as a result of his service in the United States Army. He earned honors degrees from Harvard College and Harvard Law School while working full-time and part-time jobs.

Hope and Ginia, the couple’s two children, were born in 1986 and 1987, respectively. Unfortunately, their marriage ended in tragedy when he died in 1990. Beginning in 1992, Rinehart and Rose Porteous, Lang Hancock’s estranged wife turned widow, were embroiled in a legal struggle over Hancock’s death an insolvent estate. It took 14 years to resolve the ordeal. Rinehart has had a strained relationship with her son John and daughter Bianca since 2014, and she did not attend either of their weddings.

Gina Rinehart was born in Perth, Australia, on February 9, 1954. Lang Hancock and Hope Margaret Nicholas are her parents. Gina lived with her parents at Nunyerry, 37 miles north of Wittenoom, until she was four years old.

The family later relocated to Mulga Downs in the Pilbara. Rinehart later went to St. Hilda’s Anglican Education for Girls in Perth for boarding school. After briefly studying economics, she dropped out of the University of Sydney and began working for her father, where she obtained a considerable understanding of the Pilbara iron-ore business.