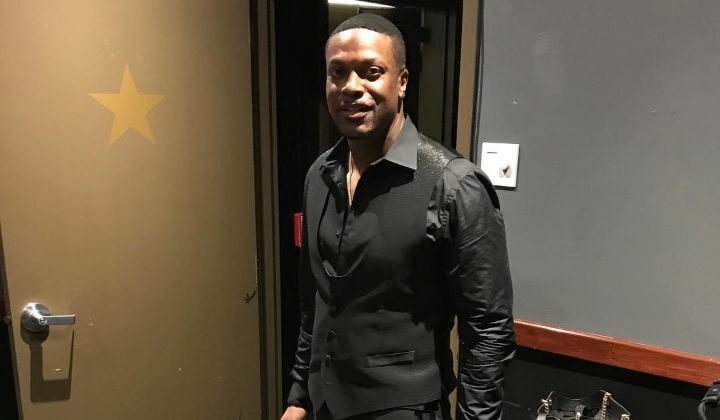 Chris Tucker was born on 31st August 1971 in Atlanta, Georgia, to Norris Tucker Sr. and Mary Louis (nee Bryant). He was raised in Decatur, Georgia, along with his five siblings. Tucker is the youngest son of his parents, and he has native American ancestry.

Chris Tucker is the youngest son of Mary Louise (née Bryant) and Norris Tucker. One of six children, Tucker learned early in life that humor had the power to draw attention to himself both at school and home. His father was an independent businessman who owned a janitorial service.

Tucker grew up in Decatur, Georgia, and after graduating from Columbia High School, he moved to Los Angeles to pursue a career in comedy and acting. His early comedy influences were Eddie Murphy and Richard Pryor. He was known by his teachers and high school classmates for making people laugh by making impressions of Murphy, Michael Jackson, and others.

Tucker grew up in a Pentecostal Christian household, as his mother and father were members of the Church of God in Christ during his childhood.

Tucker has a son named Destin with his ex-wife Azja Pryor. He divides his time among Bel Air, Las Vegas, and Atlanta.

Tucker is good friends with fellow Rush Hour co-star Jackie Chan. He was also close with singer Michael Jackson: introducing and dancing with him at his 30th Anniversary Celebration; appearing in his video “You Rock My World” from the 2001 album Invincible, and attending his memorial service. Jackson also influenced tucker’s career, as he is seen dancing and singing to “Don’t Stop ‘Til You Get Enough” in a scene in Rush Hour 2 and imitating Jackson’s dancing style on Friday. He endorsed Barack Obama in the 2008 primaries. Tucker has had affairs with actresses like Nia Long, Vanessa Mendoza, India Arie, and producer Gelila Asres.

Once upon a time, Chris Tucker was the highest paid actor in Hollywood.

Tucker was born in Atlanta, Georgia, to Mary Louise (Bryant) and Norris Tucker, who owned a janitorial service. After graduating from high school, Tucker made a change to move to Hollywood from Georgia to pursue a career in show business. He found himself a frequent guest on the Def Comedy Jam (1992). Tucker was noted for doing exceptionally “clean,” non-vulgar stand-up comedy routines. Tucker states his inspirations for comedy are Eddie Murphy and Richard Pryor.

Tucker made his film debut in House Party 3 (1994), alongside stars such as Bernie Mac, Marques Houston, and Khandi Alexander. In 1995 Tucker appeared in one of his most notable and hilarious films, Friday (1995), alongside Ice Cube. Tucker’s character, Smokey, was a drug addict who was an energetic and outlandish person. Films such as Friday (1995) showed Tucker’s television-comedy styling was very different from his stand-up. In 1995, Tucker also appeared in another film, Dead Presidents (1995).

In 2001, Tucker also was in a music video with a friend, pop-legend Michael Jackson, in the music video, “You Rock My World.”

Chris Tucker is an American comedian and actor who has a net worth of $5 million. Believe it or not, at the peak of his career in the late 1990s, Chris was the highest-paid actor in the world.

After the massive success of the first “Rush Hour” movie in 1999, Tucker negotiated $20 million to appear in the sequel. That’s the same as earning $40 million for a single movie in today’s dollars.

He then negotiated a two-movie $40 million contract with New Line Cinema, of which $25 million would be his salary for Rush Hour 3. Tucker also received 20% of the gross receipts of Rush Hour 3. In total, Chris earned at least $50 million from his work in the rush hour franchise alone, roughly $65 million after adjusting for inflation.