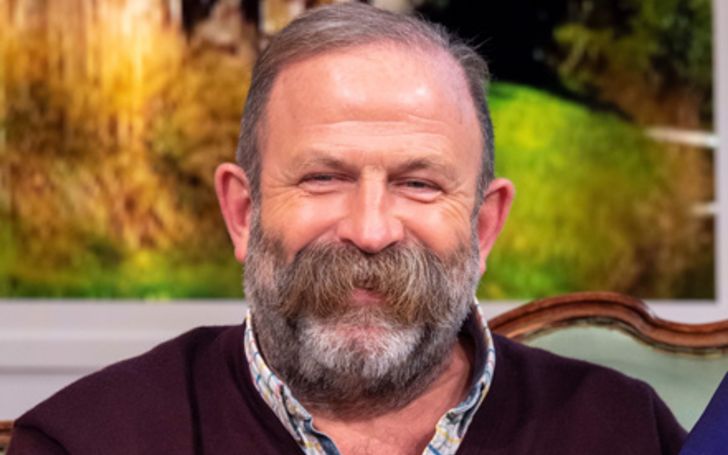 Professionally, Dick Strawbridge is a British engineer, television presenter, environmentalist, and former army officer. Indeed, he is an expert in several professions where he achieved exceptional success too. Let’s learn all about him in this article.

Dick Strawbridge’s Net Worth Collection as of 2020

There are no official documents that would vouch for Dick Strawbridge‘s exact financial status. However, as noted by Standard, he bought a French chateau for £280,000 in 2015. The property wasn’t in good condition because of that; they got it at a low price than the regular.

Strawbridge bought the building with his lover, Adoree. It took four years for the lovely pair to renovate their chateau. And now after their dream castle is ready, sources believe that it’s worth for £2 million.

Besides owning the castle, the couple also makes greens through their chateau. Indeed, where many would fail, they converted their property, which could have been a liability in an asset. They have their own show focused on their castle named, Escape to the Chateau.

Strawbridge and Adoree use their French chateau for wedding ceremonies too. They appointed some workers to help them with the marriage, and everything is going well. Thus, we think Strawbridge holds an outstanding net worth of $3 million with positive cash flow as of 2020.

Prior to Escape to the Chateau, Dick Strawbridge worked on different television projects as an engineering and environmental expert and television presenter.

He appeared in the show, including Scrapheap Challenge, Brothers in Arms, It’s Not Easy Being Green, Crafty Tricks of War, Planet Mechanics, and Coast.

Previous to his television career, he also earned quite a name in the Army career. Yes, he received a commission in the British Army back in 1979. After a year, he joined the Royal Corps of Signals. Subsequently, in 1981, he was promoted to Lieutenant and four years after he became a Major.

Strawbridge even became a Member of the Order of the British Empire (MBE) in 1993. He retired as an army in November 2001; however, before that, in 1999, he was promoted to Lieutenant Colonel.

The Escape to the Chateau star Dick Strawbridge has been married twice in his life. He first tied the knot with his ex-wife, Brigit A. Weiner, in 1982. With her, he welcomed two children, James George, in 1984, and Charlotte Elizabeth in 1986.

Though the former couple watered their marriage for a couple of decades and everything was fine, things gradually began to fall apart. They couldn’t see a future together and separated in 2010.

In 2015, Strawbridge shared the vows with his current wife, Angel Adoree, in November 2015. Before they began their marital journey, they gave birth to two babies. They have a son, Arthur Donald (born in 2013), and a daughter, Dorothy Francis (born in 2014).

Dick Strawbridge was born as Richard Francis on September 3, 1959, in Burma, to Jennifer and George Strawbridge. His dad worked in the oil industry.

The 61-years-old Strawbridge grew up with his six siblings in County Antrim, Northern Ireland. There he went to Ballyclare High School. After completing his early education, he attended The Royal Military Academy Sandhurst to be an army officer.