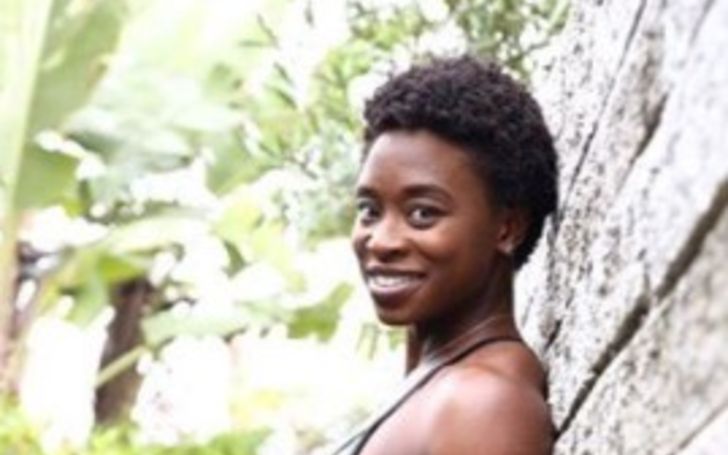 Who is Jeneba Tarmoh? She is an American track and field sprinter who won the Olympic gold medal back in 2012. That year something happened, which generated criticisms towards USA Track & Field (USATF). If you want to know what pulled that trigger, then keep reading, as today we will share all about that incident with more details linked to Janeba Tarmoh.

Speaking of Janeba Tarmoh’s net worth, she holds an estimated net worth of $1 million, as of September 2020.

Tarmoh managed to hit a millionaire tagline from her short but very productive athletic career. However, it’s still an estimation, so there are no official documents in order to claim that number is legit. Nevertheless, the way she succeeded in accomplishing a massive success in such a short period, it’s normal for her to garner a great fortune.

Coming to Tarmoh’s income, she might earn a salary ranged from $430,000 to $1,725,000. According to Payscale, that is the earning range of sprinters, and as we know she is a sprinter who specializes in the 100 meters and 200 meters, we believe she might earn a paycheck that revolved around those numbers.

Regarding the criticism toward USATF in 2012, it was caused after Janeba Tarmoh ceded her spot to Allyson Felix. Why she did that?

Well, in 2012, qualifying round, Tarmoh won the third place in 100m finals at the US Track and Field Olympic Trials. The young talent even celebrated her victory as she was now qualified to run in the Olympic. Unfortunately, news came later on, which claimed it was a tie between her and Felix.

Back then, USATF had no tiebreaker procedures; thus, when Tarmoh and Felix crossed the line in an identical time of 11.068 seconds, there was nothing to do in order to settle it down. However, as ESPN noted, USATF came up with a solution creating options to do a runoff, coin flip, or one athlete conceding the spot.

Though Tarmoh wasn’t fully ready for a runoff, she agreed for that; however, later, she decided to cede her third position to Felix. People were heartbroken with that decision, which lead to massive criticism against USATF.

The 30-years-old Janeba Tarmoh recently got married. She tied the knot with her longtime boyfriend, Mike Danger, on September 5, 2020.

The newlywed couple was excited to start their married life. They were planning to share their vows by throwing a wedding ceremony in Lodi. Unfortunately, they backed down due to the unfavorable situation generated by Covid-19.

Focusing on Tarmoh’s husband, he is a professional photographer. Further, he is working on being a YouTuber too. He began to post vlogs on his channel in late 2019.

After Tarmoh was born, her parents immigrated to San Jose from Sierra Leone. Both of them are nurses. She grew up with her young sister.

During her time in Mt. Pleasant, she won both the 100 meters and 200 meters at the CIF California State Meet both her 2006 junior and 2007 senior years. Subsequently, she also took part in the 2007 CIF State Championship from Mt. Pleasant High School. Furthermore, she now holds a master’s degree, according to her Instagram post.