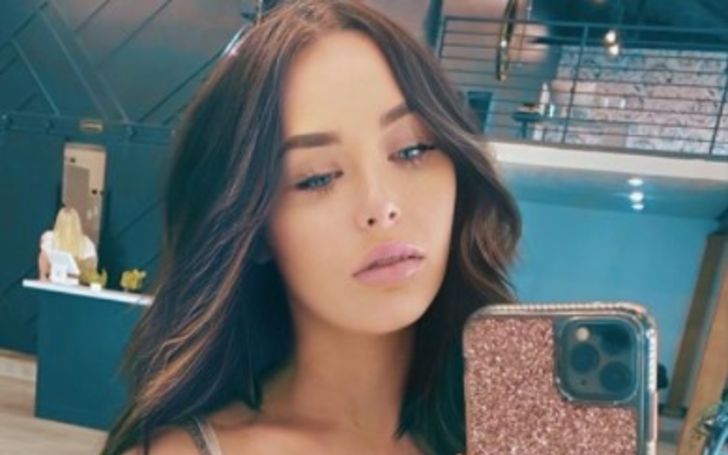 Deavan Clegg is a television star acknowledged by her appearance in the show “90 Day Fiancé: The Other Way.” Deavan is also famous as being an American superstar and Instagram model. Other than this, Deavan is also renowned for her social media presence. As Deavan’s former show “90 Day Fiancé: The Other Way” was a hit, the couple Deavan Clegg and Jihoon Lee continued for the second season, but the viewers didn’t give the same response as they gave to the first season due to some reason. However, many of us are willing to know the cause, and in this article, we are about to discuss the net worth, bio, married life of the Instagram Model Deavan Clegg.

Deavan Clegg has earned quite a considerable amount by being a model, actress, and professional horror makeup artist. Even though Clegg is active on her social media, she hasn’t shared any information about her earnings.

Furthermore, Clegg’s hit show’s second season faced some negative reviews from the audience too. Thus, bearing such loss, Clegg’s net worth as of 2020 is estimated to be $350,000.

Deavan also stacked up some money for her future by featuring in different modeling projects. As she is the former horror makeup artist at the Lagoon Amusement Park during the seasonal Frightmares, Clegg also makes some cash by doing for OnlyFans as per ScreenRant.

Deavan Clegg and Jihoon Lee, former stars of the show “90 Day Fiance: The Other Way,” were engaged to each other for a long time, but the actual date of the marriage or whether the wedding took place is not exact yet. The couple met each other through a dating app. While Jihoon and Deavan lived together for three months, they welcomed their first child on April 11, 2019.

Deavan and Lee had a very turbulent relationship. On the one hand, Deavan used to work day and night for fulfilling the needs of her family, and on the other hand, Lee was a lazy person who worked as a delivery-man for part-time as he needs more time to rest than to work hard for the future of the family.

Deavan had the job during her pregnancy with her son, Taeyang, for 16 hours a day and 60 hours a week. After going through such hardships in her relationship, currently, Deavan has returned to her home country with her children.

Besides Taeyang, Deavan co-parents her daughter, Drascilla with her lover Jihoon. She welcomed her baby girl way before from her previous relationship, as per Cheat Sheet.

Speaking of the relationship there is a twist in the story. If you guys follow Deavan on her social page, then you already know what it is? There is another guy name Topher Park in her life. She even gave a hint to her followers that she wanted to be with him, all while she is about to get married for the second time on 90 Day Fiancé: The Other Way with her husband, Jihoon.

Deavan was born on November 15, 1996, in Salt Lake City, Utah, USA. Her father Steve Clegg and mother Elicia Clegg gave her a good family life alongside her sister Raven Clegg. Deavan has an American nationality and belongs to a White ethnic background.

Talking about her educational experience, Deavan passed her high school at the early age of sixteen. At the age of seventeen, Deavan was pregnant with her son before her appearance on the show.

Deavan is a top influencer as she posts her daily lifestyles on her Instagram. Deavan has inspired so many people that she has over 474k followers on Instagram, and her YouTube channel she got more than 113k subscribers.