David Hyde Pierce is a director and actor from the United States. Pierce played psychiatrist Dr. Niles Crane on the NBC sitcom Frasier from 1993 to 2004, for which he won four Primetime Emmy Awards. He is also well-known for his roles in The Good Wife (2014–2015). 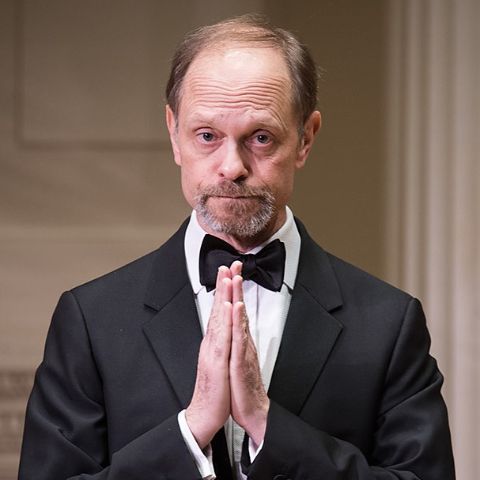 What is David Hyde Pierce’s Net Worth Collection?

David Hyde Pierce is a $40 million net worth American actor and director. He received $1 million per episode of “Frasier” during its final two seasons. After adjusting for inflation, that equates to about $1.5 million in today’s dollars. He ultimately won $22 million a season, $44 million for the final two seasons, and tens of millions from reruns.

After graduating from college, David Hyde Pierce relocated to New York City, where he served as a security guard and sold ties at Bloomingdale’s while attending classes at Michael Howard Studios. In 1982, he made his Broadway debut in Christopher Durang‘s “Beyond Therapy,” and five years later, he made his television debut in guest roles on “Spenser: For Hire” and “Crime Story.”

The artist’s first feature film was “Bright Lights, Big City,” and by the end of the decade, he had also appeared in “Crossing Delancey” (1988), “Rocket Gibraltar” (1988), and “Vampire’s Kiss” (1989). In 1993, David starred in “Sleepless in Seattle” and “Addams Family Values,” before landing the part that would make him famous: psychiatrist Niles Crane on “Frasier.” He earned numerous awards for the film, which broadcast 264 episodes over 11 seasons, and won the Primetime Emmy for Outstanding Comedy Series five years in a row.

Click to know: All about Sarah Dorothy Little’s Bio

In 2015, The actor directed the Broadway musical “It Shoulda Been You” and an Off-Broadway version of David Lindsay‘s “Ripcord.” Abaire’s In 2017, he returned to Broadway to co-star with Bette Midler in “Hello, Dolly!” for which he earned Tony, Outer Critics Circle, and Drama League awards. Pierce appeared in “When We Rise,” a miniseries about LGBT rights, as well as Julie Andrews‘ educational Netflix series “Julie’s Greenroom” the same year. David will star in the horror film “The Georgetown Project,” which will be released in 2021.

In 1997, the actor received a Cable ACE Award for Guest Actor in a Dramatic Special or Series for his work on “The Outer Limits” and an Online Film & Television Association award for Best Guest Actor Comedy Series for “Caroline in the City” in 1998.

Pierce has four Tony Awards to his name, including Best Actor in a Musical for “Curtains” in 2007 and the Isabelle Stevenson Award in 2010. In 2007, he received an Honorary Doctor of Fine Arts Degree from Niagara University in Lewiston, New York, and an Honorary Degree from his hometown’s Skidmore College.

David Hyde Pierce’s Relationship Detail, Who is His Partner?

David Hyde Pierce announced in 2007 that he is gay after years of media rumors regarding his sexuality and later clarified via his publicist that he and television journalist, director, and producer Brian Hargrove were a couple. While accepting his Tony Award for Curtains, Pierce thanked “my partner, Brian, because it’s 24 years of listening to your damn notes—that’s why I’m up here tonight.”

The couple married in California on October 24, 2008, just days before Proposition 8, which prohibited same-sex marriages in the state, became law. While appearing on The View on May 28, 2009, he publicly announced his marriage to Hargrove and expressed his displeasure with the passage of Proposition 8.

David Hyde Pierce was born David Pierce in Saratoga Springs, New York, on April 3, 1959. He grew up with his mother, Laura, an insurance agent, his father, George, an aspiring actor, his older sisters Nancy and Barbara, and his older brother, Thomas. Since David Pierce was another actor, he started using the middle name Hyde (his father’s middle name).

The 62-year-old actor enjoyed playing the organ at a local church as a child, and as a high school student, he became involved in drama. Following graduation, he enrolled at Yale to study classical piano, but changed his major and graduated in 1981 with English and Theatre Arts degrees. In college, David directed and starred in student productions of “Who’s Afraid of Virginia Woolf?” and “Waiting for Godot.”