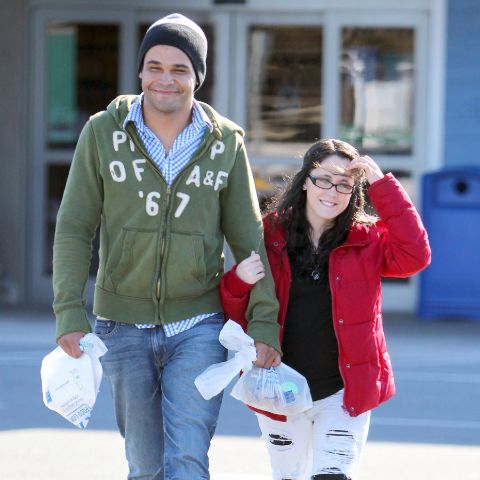 On Twitter Monday, Kieffer Delp, Jenelle Evans‘ partner on Teen Mom 2 in the early seasons, claimed that he is homeless or that he has “nowhere to go” now. When one of his Twitter followers gave him prayers, Delp replied that he didn’t want God’s help and would rather pray to Thor since “he’s way cooler.” Delp, 31, was freed from prison in March after being imprisoned for roughly five months.

Furthermore, Delp tweeted on Monday, “I don’t got no where to go rite now because of covid but ill bet yu other then a select couple friends who do what they can I ain’t ask nobody for s— and I ain’t gonna.” After that, one of his fans said they would pray for Delp, adding, “God got you.” Delp was adamantly opposed. He wrote, “God def does not got me if I depended on God to help me I would be down forever s— thor got me if were hoping from false deities he’s way cooler.”

The TV personality did not elaborate further on his housing circumstances in subsequent tweets this week. “If yu take away the trials from your life entirely rite at this moment all yu would have is a yu with far less in the end thats the s— that made yu,” he added in another tweet on Monday.

Kieffer added, “I didn’t jump on the train all the way until the Kattar fight I been on it since and can’t get enough highlights max holloway is a f— cannon best featherweight to ever throw a punch.” Delp is regularly in the news for his legal difficulties. He pleaded guilty in 2018 to operating a methamphetamine lab at his residence. He was sentenced to 18 months in prison and is scheduled to be freed in February 2020. Delp was apprehended for bond evasion six days after his release in Salem, New Jersey. Delp was declared a fugitive in Pennsylvania in August 2020 after failing to report to his parole officer.

After an arrest warrant was issued, Delp was detained in October 2020. He was imprisoned for almost five months before being freed in March. Kieffer claimed he was writing while in prison and planned to promote his work when he returned to Twitter following his release. He tweeted in March, “For nobody that thought I was gonna max out my bid in the DOC [Department of Corrections] and not write no pieces yu had it f—ked up. I got a few pieces on deck,”

The American actor appears on Teen Mom 2 from 2011 to 2013 during his relationship with Evans. Evans’ mother, Barbara Evans, frequently chastised him for his drug addiction. Evans said in 2013 that Delp introduced her to heroin. Delp’s most recent MTV appearance was in 2017, when he was featured in a Teen Mom 2 special dubbed “The Ex-Files,” which updated viewers on the show’s stars’ ex-boyfriends.