David DeLuise is an American actor and director who is known for his role as Rogie in the movie Happy. Let's know all details about his wealth, married life, and early life. 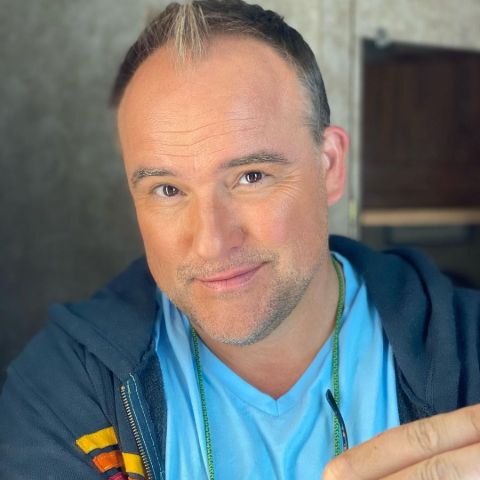 David Dominick DeLuise is an American actor and television director best known for his roles in the animated series Megas XLR and Wizards of Waverly Place as Coop and Jerry Russo. His first leading part was in BachelorMan alongside Dante Cole in 2003. In addition, David was a frequent performer on Jesse during its first season, playing Jesse’s brother Darren, and had a recurrent part as Bug Pollone on 3rd Rock from the Sun.

The American actor also had a recurring role as Pete Shanahan on Stargate SG-1. He also appeared in a Kentucky Fried Chicken commercial and a Purina commercial for Beneful dog food. Moreover, David has established himself as a respected actor, although he has yet to achieve big success. Despite this, his hard work has increased his wealth. According to Celebrity Net Worth, DeLuise is estimated to amass an impressive net worth of $10 million as of 2021.

His acting career’s annual pay has yet to be established. David has previously endorsed brands such as Bud Light, Land Rover, Purina’s Beneful dog food, Budweiser Capital One Credit Cards, H&R Block, and others. He isn’t active on many social media platforms, including Facebook. However, DeLuise has over 189k and 186k followers on Instagram and Twitter. He also has a YouTube account with more than 920 subscribers.

David DeLuise’s Married Life. Who Is His Wife?

David DeLuise hasn’t been very adept at keeping details from the media because he’s been in show business since he was a child. David’s current relationship status is married. In 2015, he began dating Julia Stoepel, an actor and director. On October 17, 2019, their romance became a marriage.

Previously, David was married to Brigitte Deluise. The former couple tied a knot in September 1994. But, unfortunately, they separated in August 2003. They were blessed with two children named Riley and Dylan during their time together.

On November 11, 1971, David DeLuise was born in Burbank, California, the US. He is 50-year-old as of 2021 and holds American nationality. His mother’s name is Carol Arthur, and his father’s name is Dom DeLuise. His father is an actor, comedian and his mother is also an actress. He has brothers named Peter DeLuise and Michael DeLuise.

His dad, Dom, was diagnosed with cancer a year and a half before his death and died from renal failure on May 4, 2009. Burt Reynolds and Mel Brooks, two of his long-time pals, paid tribute to him in the Los Angeles Times.