Jenna Ushkowitz is a Korean-born American actress, singer, producer, and podcast host who has been in front of the camera since she was three years old. Let's take a look at what she's accomplished over the years, as well as her relationship status and personal information. 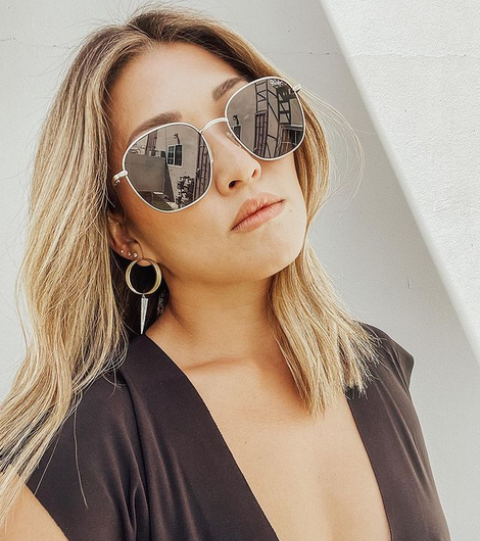 Jenna Ushkowitz is the newest bride in the entertainment industry. She recently married David Stanley on July 24, 2021. David works for a non-profit organization that promotes education. They first met on a Hinge date in June 2018 and quickly became close. During the pandemic of 2020, they got engaged.

Jenna Ushkowitz is an actress, singer, producer, and podcast host from the United States. She is best known for her roles in Glee, Yellow Fever, and Glee: Director’s Cut Pilot Episode. The now 35-year-old actress has been on the scene since she was a child in 1989 and continues to do so.

The actress has been around cameras and sets since she was three years old when she began her career in print advertisements. Her first appearance was in a Playskool ad for the Dress Me Up Ernie doll. She then appeared in a Toys R Us television commercial, followed by three Burger King and Hess toy truck commercials each, and three Jell-O commercials starring comedian Bill Cosby at three, six, and eleven.

Jenna Ushkowitz was born on April 28, 1986. Min Ji was born in Seoul, South Korea. She was adopted and renamed Jenna Noelle Ushkowitz when she was three months old. Judi Ushkowitz and Brad Ushkowitz, Ushkowitz’s parents, adopted her. Her parents raised her in East Meadow, New York, after adoption.

The actress grew up with her brother, Gregg. Her mother, Judi, was a secretary who had become a housewife, and her father, Brad, worked in transportation sales. Although her adoptive paternal grandfather was Jewish, her immediate adoptive family is Catholic.

The Glee star went to Parkway School in East Meadow elementary school in terms of her academics. She then attended Holy Trinity Diocesan High School in Hicksville, Long Island, a Catholic school. She attended Marymount Manhattan College for her college education and graduated in 2007 with a BA in acting and a minor in musical theatre.