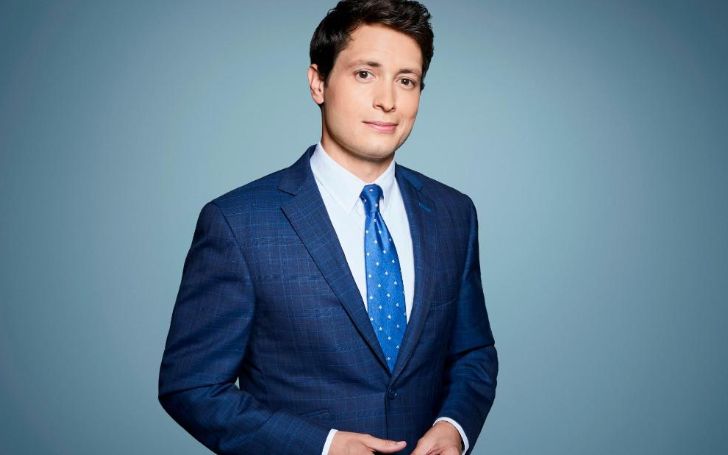 It takes real talent and hard work to become a popular media correspondent; after all, they’re the ones in charge of bringing all sorts of news to the public. Just like that today, we’re going to be talking about another public figure David Culver, an award-winning international correspondent from CNN. He can currently be seen covering all sorts of significant stories at the CNN network headquarter in China. Here we have all kinds of reads on the talented news correspondent, all from his net worth collection, career, and personal details.

When it comes to net worth and finances, journalism happens to be one of the most stable income jobs out there. In David Culver’s case, he’s managed to gain a comfortable position for himself as an international correspondent based in China. Working for a reputed company like CNN surely guarantees a stable income, and that’s just what we’re going to uncover today.

According to sources, an average CNN news correspondent earns a staggering annual salary in the range of $40,000 to $105,370. These figures may vary substantially according to the nature of their work and the level of seniority. Talking about Culver, him being stationed in China in the midst of Coronavirus must mean that he’s been paid a generous sum to be away from his house in the United States for so long.

David Culver’s journey into making a steady career started way earlier after graduating from William & Mary public university with a degree in Hispanic Studies. He’s voyaged through working with all sorts of communication networks, gathering experience all along. Before joining CNN, he worked both as an anchor and reporter, covering all kinds of stories on crime, politics, and education.

The 30-year-old successfully reported on several national breaking news like the Parkland Florida school shooting, Hurricanes Irma and Florence, the Pittsburgh synagogue shooting, and many more. One of the major highlights of his career was when he produced an Emmy-winning documentary, “Rediscovering Cuba: A Journey Home,” a story about the return of a mother and grandmother after 50-years of their departure.

Besides this, Culver has also worked for the WAVY-TV in Hampton Roads, Virginia. At the moment, he covers major news stories from China, precisely everything about Coronavirus and it’s the epicenter, Wuhan. Not only that, but he also covered the China-US trade war, NBA controversy, and many more.

David Culver was born in Fairfax County, Virginia, USA. He might be the most vocal person about his professional career, but he’s quite a shy person when it comes to his personal life. It might be the reason why he’s so adamant about sharing the details of his parents and girlfriend in the media.

As of now, we don’t have any information on Culver’s love life, if he has a girlfriend or if he’s already married due to his privacy concerns. However, stay tuned as we’ll surely bring you the details as soon as there is any news on the news reporter.