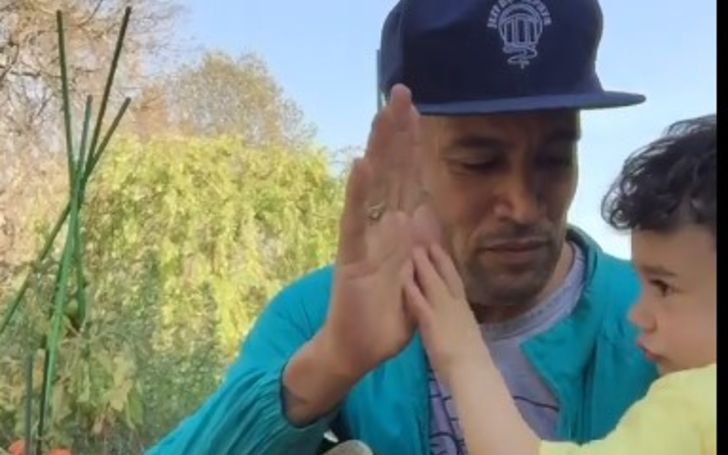 Besso Harper is the fifth and the youngest son of the American talent Benjamin Chase Harper aka Ben Harper. His father is a renowned singer-songwriter and multi-Instrumentalist. Because his old man is a well-known figure in the mass, Besso came to the spotlight before he even took his first breath. Due to this, many are out there who are interested to know about young Harper. Thus, this article will be all about him.

Besso Harper’s Mother is the Third Wife of His Father

It’s a known fact to Ben Harper’s fans that he has been facing trouble to sustain his marriage. Indeed, Besso Harper’s dad went through lots of ups and downs in his love life. Precisely, he has been divorced twice.

Besso’s mother, Jaclyn Matfus, is the third wife of his father. The lovely couple tied the knot on January 1, 2015. Since then, they are living a blissful life.

After two years of marriage, Besso’s parents welcomed him as their first child together. He was born in June 2017.

Besso Got Four half-siblings From His Dad’s Previous Relationship

Although Besso Harper is the first child of his mom, Jaclyn, for his dad, he is the youngest of the five. Yes, his father has four more kids besides him, all of who were welcomed from his old man’s previous relationship. Thus, this means he got four elder half-siblings.

Also Read:  Know the net worth and personal life of Margaret Warner.

Besso’s pops, Ben, first gave birth to his eldest son, Charles Harper (b. 1997), with his first wife, Joanna. After then they expanded their family with a baby girl and named her Harris (b. 2000). Talking about their marriage, they shared their vows back in 1996 and parted ways in 2000; however, they legally separated in 2001.

After separating from his first wife, the three times Grammy winner began to date actress Laura Dern, and they walked down the aisle on December 23, 2005. Yes, Ben’s second spouse is the two times Golden Awards winner, Laura Dern.

Together Besso’s dad and his second wife expanded their family with two children. Both of them were born before the ex-pair tied the knot. They co-parent their son, Ellery Walker (b. August 2001), and daughter, Jaya (b. November 2004).

Speaking of Ben and Laura’s separation, their marriage began to fade back in 2010. Ben was the one who filed for divorce stating irreconcilable differences. However, after some time, they reconciled, but Laura reactivated the divorce by filing a legal response in July 2012. Following that action, their divorce was finalized in September 2013.

Besso Harper’s Father is a Millionaire

If we focus on Besso Harper’s net worth, we will find nothing anytime soon. It’s because he’s a toddler; thus, he’s still got time to make something of his own. But if we talk about his father, Ben Harper, then he’s a millionaire.

As we know, Besso’s dad is an American singer-songwriter who succeeded in accumulating quite an impressive fortune from his years of hardship in the music biz. Explicitly, he holds a hefty net worth of $10 million, as Celebrity Net Worth noted.

Although most of the credits for Ben’s multi-millionaire tagline goes to his successful career as a musician, some part of his wealth is generated from his skateboarding brand Roller Horror. He co-owns it with skateboarder Mike York.