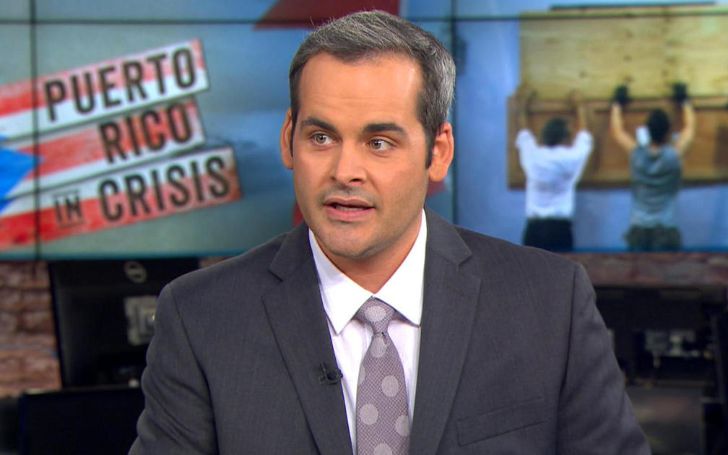 The only aim of journalism should be service, and David Begnaud is someone who fully dedicates his life to the purpose. The American journalist and news correspondent currently works for CBS News in New York. Being a part of the network since 2015, he is one of the vital assets of the television network thanks to his charisma on the screen, complemented with immense knowledge and experience. With more than a decade of experience, Begnaud not just amassed a colossal fortune, but also got accustomed to global fame. So, today we take you close to the personal life, net worth, and married life of the CBS journalist.

David Begnaud has been around the media industry for more than a decade now and has always accomplished a fair share of success. Currently, he works for CBS News and is the lead national correspondent for CBS This Morning and anchor of CBS News Radio’s Reporter’s Notebook. Over the years, he reported across several CBS News broadcast platforms such as CBS This Morning, the CBS Evening News, 48 Hours, CBS Sunday Morning, and the CBSN.

With so many years of consistent hardwork, Begnaud has gathered significant net worth in return. Specifically, he owns a staggering net worth of $5 million as of June 2020. With age by his favor, his bank balance is bound to grow further in the near future. Ever since joining the CBS News in August 2015 as a Miami-based correspondent, he covered several stories including the Hurricane Irma in Puerto Rico.

Also See: Grab all the details about Yvonne Payne and her married life.

David Begnaud is a proud member of the LGBT community as he came out publicly after posting a picture after seeing pride celebrations in New York City on June 24, 2018. In an interview with Washington Blade in 2018, the CBS reporter revealed how he has been together with his partner Jeremy of Los Angeles for almost seven years.

Begnaud is fortunate to have his family support him as he came out of the closet to them in 2008. On the other hand, he was unfortunate to diagnosed with Tourette syndrome at the age of six but didn’t disclose it to anyone until 2018. Interestingly, his parents motivated him so much and didn’t let the disorder hamper his success.

The American journalist is currently a household name in the media, but despite that, he prefers to keep his early life by a secret. Talking about his background, he is originally from Lafayette, Louisiana. He went to Catholic school and became an altar boy and Eucharistic minister.

Begnaud embarked on his journalism just after his high school as he worked as a reporter for KLFY TV 10 in Lafayette, LA. For his undergraduate studies, the CBS This Morning anchor went to the University of Louisiana at Lafayette in 2005.

You May Like: The Net Worth and Personal Life of Jack Otter.